When it takes up to four million pounds of sand to frack a single well, it’s no wonder that demand is outpacing supply and frack sand producers are becoming the biggest behind-the-scenes beneficiaries of the American oil and gas boom.

Demand is exploding for “frac sand”–a durable, high-purity quartz sand used to help produce petroleum fluids and prop up man-made fractures in shale rock formations through which oil and gas flows—turning this segment into the top driver of value in the shale revolution.

“One of the major players in Eagle Ford is saying they’re short 6 million tons of 100 mesh alone in 2014 and they don’t know where to get it. And that’s just one player,” Rasool Mohammad, President and CEO of Select Sands Corporation told Oilprice.com.

Frack sand exponentially increases the return on investment for a well, and oil and gas companies are expected to use some 95 billion pounds of frack sand this year, up nearly 30% from 2013 and up 50% from forecasts made just last year.

Pushing demand up is the trend for wider, shorter fracs, which require twice as much sand. The practice of downspacing—or decreasing the space between wells—means a dramatic increase in the amount of frac sand used. The industry has gone from drilling four wells per square mile to up to 16 using shorter, wider fracs. In the process, they have found that the more tightly spaced wells do not reduce production from surrounding wells.

This all puts frac sand in the drivers’ seat of the next phase of the American oil boom, and it’s a commodity that has already seen its price increase up to 20% over the past year alone.

Frac sand is poised for even more significant gains over the immediate term, with long-term contracts locking in a lucrative future as exploration and production companies experiment with using even more sand per well.

Pioneer Natural Resources Inc. (NYSE:PXD) says the output of wells is up to 30% higher when they are blasted with more sand.

Citing RBC Capital Markets, The Wall Street Journal noted that approximately one-fifth of onshore wells are now being fracked with extra sand, while the trend could spread to 80% of all shale wells.

Oilfield services giants such as Halliburton Co. (NYSE:HAL) and Baker Hughes Inc. (NYSE:BHI) are stockpiling sand now, hoping to shield themselves from rising costs of the high-demand product, according to a recent Reuters report. They’re also buying more sand under contract—a trend that will lead to more long-term contracts and a longer-term boost for frac sand producers.

In this environment, the new game is about quality and location.

Frac sand extraction could spread to a dozen US states that have largely untapped sand deposits, but the biggest winners will be the biggest deposits that are positioned closest to major shale plays such as Eagle Ford, the Permian Basin, Barnett, Haynesville and the Tuscaloosa marine shale play.

The state of Wisconsin has been a major frac sand venue, with over 100 sand mines, loading and processing facilities permitted as of 2013, compared to only five sand mines and five processing plants in 2010.

But with the surge in demand for this product, companies are looking a bit closer to shale center to cut down on transportation costs and improve the bottom line.

One of the hottest new frac sand venues is in Arkansas’ Ozark Mountains, which is not only closer by half to the major shale plays, saving at least 25% per ton on transportation costs, but also allows for year-round production that will fill the gap in shortages when winter prevents mining in northern states.

“In the southern US, we can operate year round, so there is no fear of a polar vortex like that which we saw last year with some other producers,” says Mohammad of Select Sands.

The competition is stiff, but this game is still unfolding, while increased demand is reshaping the playing field.

US Silica Holdings Inc. says demand for its own volumes of sand could double or triple in the next five years, and its three publicly-traded rivals—Emerge Energy Services (NYSE:EMES), Fairmount Santrol (NYSE:FMSA) and Hi-Crush Partners (NYSE:HCLP), have also made strong Wall Street debuts over the past two years. 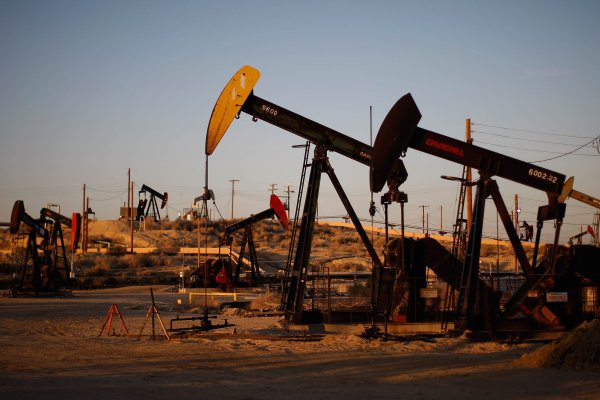 American Fracking Won't Be Hurt (Much) By Low Oil Prices
Next Up: Editor's Pick