It’s pretty much the single most important plot point in Peter Pan: the main character will, in the words of one of the signature songs from the musical based on his story, “stay a boy forever.”

Except that he hasn’t. When Allison Williams—the actress best known, appropriately, for her role on Girls—takes to the skies Thursday night for the live televised version of the play, she’ll be joining a long line of grown women who have played the ever-youthful boy.

In fact, it’s been an even century since Nina Boucicault played the starring role in the original 1904 London production, which came to New York the following year with Maude Adams in the lead. As Slate has reported, there were several reasons to cast women in the role, from the logistics of dealing with child-labor laws to the thought that an adult man wouldn’t seem boyish enough and a real boy wouldn’t be capable. Furthermore, casting an adult as Peter meant the child actors around her could be relatively older too. And the actresses cast as Peter were fully on board with the decision: TIME reported in 1950 that, in her day, Adams would leave the theater in costume, so as not to let young fans know she was a grown-up and a woman.

Other grown women followed her in the stage role, like Marilyn Miller, Eva Le Gallienne and Jean Arthur.

When the musical version of the play arrived in 1954, the tradition—complete with music suited for a female singer—continued. Mary Martin quickly came to be a favorite, and is still associated with the role to this day. “She looks as boyish as can be expected of any grownup of the opposite sex,” TIME noted a review of the Broadway production.

There has, however, been a truly noteworthy deviation from the norm: Disney’s 1953 animated version, not constrained by the demands of live human actors, was able to do what no play could. In that movie Peter is voiced by child actor Bobby Driscoll. 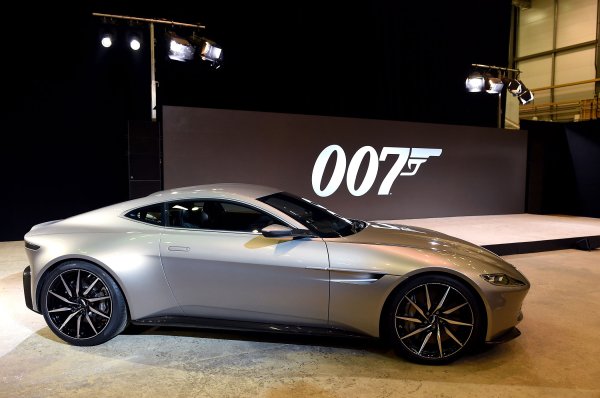