Man Posthumously Reveals He Was Spiderman in Obituary He Helped Write

Aaron Purmort was an art director, “pop culture encyclopedia,” husband and father. But his obituary, published in the Minneapolis Star-Tribune after his death from a brain tumor on Nov. 25, revealed him to be something else: Spiderman. The obituary, which he co-wrote with his wife, said that he died “after complications from a radioactive spider bite that led to years of crime-fighting and a years long battle with a nefarious criminal named Cancer.”

The remembrance goes on to recall (facetiously) his first wife Gwen Stefani and to assure readers that his son “will grow up to avenge his father’s untimely death.” Purmort’s wife Nora wrote on her blog, “My Husband’s Tumor,” that she had “never laughed and cried more in one sitting” than when the two of them wrote the obituary together. She has been documenting their story — “not a cancer story” but a love story “with some cancer” — on the blog since 2012, the year after they got married and Aaron was first diagnosed, and the year before they had their son.

The Purmorts’ story will soon become a documentary, the title of which, a&n, serves as a reminder that it is a love story at its core. As Nora wrote in the blog post in which she announced Aaron’s death: “I know what Aaron always knew: it might not be true right this second, but it’s going to be okay.” 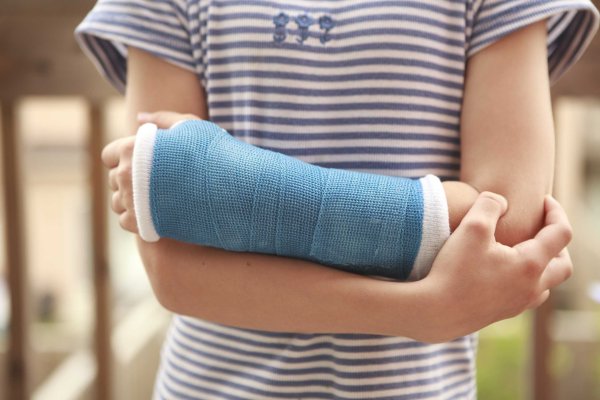 This One Toy Is Driving a Surge in Child Injuries
Next Up: Editor's Pick