Here’s a relieving factoid to put your cravings in context: arthropods, the class of invertebrates including insects, millipedes and spiders, can scarf down way more junk food than you can.

So finds a new study from North Carolina State University and published in the journal Global Change Biology, which examined how arthropods act as tiny trash disposals in New York City’s public spaces.

The researchers wanted to see how these tiny city dwellers consume our littered food waste, so they imitated neglectful humans and dropped two sets of scraps of potato chips (Ruffles), cookies (Nilla Wafers) and hot dogs in 45 parks and street medians across the city. One set of food was placed in a cage so that only tiny arthropods could access it, and the other was an uncaged buffet for whatever animal happened to come along.

Our littered food waste can have real implications for our health, the researchers say. If city vertebrates—like rats, sparrows, raccoons, squirrels and pigeons—pick up most of our edible garbage, we’re feeding a population that can transmit diseases to humans. Most arthropod scavengers, on the other hand, don’t make us sick.

Lucky for us, arthropods are amazingly effective at removing our trash. While they’re no match for vertebrates, with whom they compete for access to our scraps, arthropods were able to remove most, and in some cases all, of the caged food in many spots around the city. Surprisingly, compared to insects in parks, insects in medians removed two to three times more food each day—thanks to the presence of pavement ants, highly efficient foragers.

“If left uneaten—or if eaten by animals that harbor human diseases—this littered food waste becomes a public health, environmental, and financial burden,” the study authors write. “Future work should further explore the conditions that favor the competitive advantage of arthropods as food removers in cities.”

So spare the next bug you see on the sidewalk. City life would be a lot less pleasant with crumbled food waste in your way. 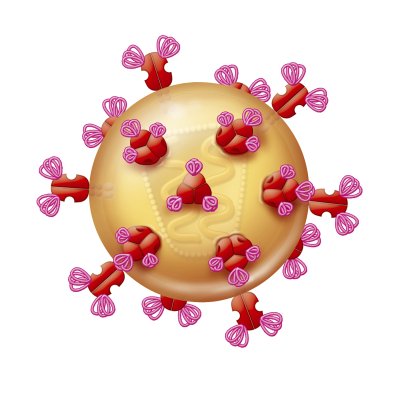 HIV Is Becoming Milder, Researchers Say
Next Up: Editor's Pick