The Best iPhone Games You Can Play One-Handed

Apple CEO Tim Cook shows off the new iPhone 6 and the Apple Watch during an Apple special event at the Flint Center for the Performing Arts on September 9, 2014 in Cupertino, California.
Justin Sullivan—Getty Images
By Alexander Aciman

Far too many iPhone games take two hands to play, rendering them useless if you’re strap-hanging on a subway or bus. For those rush-hour commuters out there, here are the best iPhone games you can download and play with only a single free paw:

For a while, you could find several different people in a single subway car playing the first Temple Run. When the expansion came out two years ago, it made a similarly large splash, updating the much adored format. The premise is simple and based on the opening scene of Raiders of The Lost Ark: run away from a temple with an ancient treasure and make sure not to get caught.

In Temple Run, you collect coins, powerups, and cross a variety of terrains. Updates are infrequent, but greatly expand gameplay when they are released.

Temple Run 2 is available free in the App Store.

The game is as magnetic as it is simple. Players line up dots of the same color in a playing field in order to clear the space. More dots cleared in the same move yields more points. You can play in an endless cycle of dot collecting, or try to beat your score against a clock, or clear dots with a limited number of moves.

Regardless, the short playclock is great for fast train rides or brief moments of free time. Dots gets bonus points because, unlike most puzzle games, it doesn’t strain your eyes. There’s also an equally addictive sequel available.

Dots is available free in the App Store.

Monument Valley is at once a simple puzzle game and one of the most complex one-handed iOS games on the market. The aim is to guide a princess through an increasingly complicated series of beautifully designed castles. Simple at first, castles soon become an M.C. Escher landscape that will lead you far from where you imagined. Trying to get from A to B has perhaps never been so frustrating — or satisfying.

Monument Valley is available for $3.99 in the App Store.

One of the best but perhaps most underrated tap-to-fly games, Badland is dark and excellently animated. Tap the screen to keep a fuzzy black urchin-like monster afloat and to navigate him around a network of natural and mechanical obstacles. Badland also includes powerups, multiplying the number of monsters players can navigate or giving the character special properties like stickiness. Although Badland is a horizontal game, it can still be played single-handed.

Badland is available for $0.99 in the App Store.

Doodle Jump takes the standard iPhone game tap navigation and introduces a different concept: players must tilt their phones to navigate a character across an adorable landscape. A long-time iTunes Store favorite, Doodle Jump is an endless game in which a character must jump from surface to surface in order ascend. Powerups come up along the way: it’s a game one can play for hours in order to beat a high score, kept fresh by the occasional introduction of a new theme or new obstacle along the way. For the already initiated, a new DC Comics/Batman Doodle Jump was recently released.

Doodle Jump is available for $0.99 in the App Store. 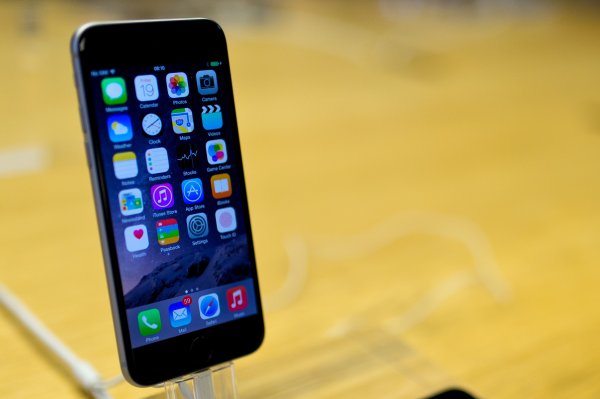 5 Can't-Miss iPhone Apps On Sale This Weekend
Next Up: Editor's Pick