When it comes to Lisa Kudrow’s fashion choices, the star is totally unapologetic (similar to her character Valerie Cherish on The Comeback). In a new interview with the The Edit, the actress opens up about owning her androgynous look, her place in Hollywood and keeping in touch with her Friends co-stars.

Here are some highlights:

She has a tailored, menswear-inspired wardrobe
“When I have to ‘appear’ somewhere, I’m more comfortable wearing pants or a suit,” she tells the online magazine. “If I’m dressing for an event, I like blazers by Ralph Lauren and Stella McCartney.” When she’s off the carpet, the actress says her go-to labels are Rag & Bone and Ann Demeulemeester.

Layering is her best friend
“I’m thrilled that it’s back in fashion.”

She doesn’t do sexy, and that’s OK
“It’s an age thing, but that’s great,” the 51-year-old actress, who recently played a senator on Scandal, shares. “I’m thrilled! No one can be mad at me for not being sexy and cute anymore. That’s fantastic. People get mad at women for not trying to be sexy and cute. It’s terrible.”

She never lets others influence her outfit choices
“If I wear pants instead of a dress and heels, [men think]: ‘What are you hiding? Why don’t you like yourself?’ I went to a meeting in New York wearing these clunky men’s shoes, and one man just looked at me and said: ‘Why are you wearing those? Put on a heel.’”

And yes, she still hangs out with the Friends cast
Are they spending Thanksgivings together? Probably not. But the famous fivesome remains tight knit. “I never know how to convince someone that I’m being sincere. People say: ‘OK, you can tell me the truth.’ But there’s no story there, no drama. We really were, and still are, friends.”

Catch Kudrow’s full interview with the The Edit tomorrow. 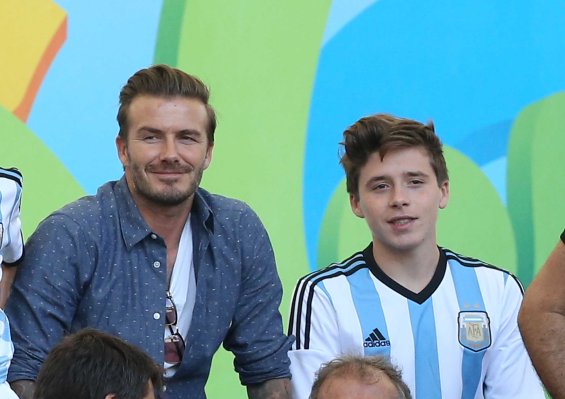 David Beckham and Son Brooklyn Involved in Car Accident
Next Up: Editor's Pick