Beckham, 39, had just left the Arsenal soccer team training ground in Hertfordshire, England, after picking up his 15-year-old son, when the crash occurred, according to The Telegraph.

Both father and son walked away from the accident, which involved one other car, rattled but without any serious injuries.

PEOPLE has reached out to Beckham’s rep for comment.

An eyewitness Tweeting from the scene, said it looked like the former England soccer captain may have hurt his shoulder.

While the cause of the crash has not been released, The Telegraph reports that the airbags in Beckham’s Audi deployed and most of the damage was to the driver’s side of the soccer star’s vehicle.

Beckham had just picked up his son, who plays for Arsenal’s under-16 soccer team, from a game against Brighton. Brooklyn signed a contract with the team in November. 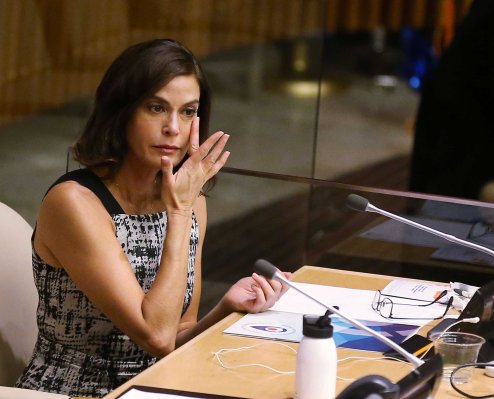