Astronauts on the International Space Station Can Now Enjoy Espresso

A prototype of Lavazza's and Argotec's "ISSpresso" machine. The final version of the coffee machine will be the first real Italian espresso machine on The International Space Station, and will coincide with a six-month mission by Italy’s first Italian female astronaut, Samantha Cristoforetti.
Lavazza/AP
By People / Allison Adato

If the only thing keeping you from joining the space program was a lack of decent coffee outside Earth’s orbit, you no longer have that excuse.

This week Italy sent astronaut Samantha Cristoforetti to the International Space Station with a specially designed espresso machine that works in zero-gravity.

Designed by Turin-based Lavazzo and engineering firm Argotec, the ISSpresso, pumps water under high pressure through the machine into a pouch, where it can be sipped through a straw.

Part of an international crew that arrived on the Russian Soyuz craft, Cristoforetti, 37, also a captain in the Italian air force, “will be not only the first female astronaut from Italy to go into space, but also the very first astronaut in the history of the conquest of space to savor an authentic Italian espresso in orbit,” the companies said in a statement.
If slurping hot coffee through a straw sounds less than ideal, more innovations are on the horizon, thanks to researchers in Portland, where coffee obsession rivals that in Italy.

On Monday a team at Portland State University presented a paper, The Capillary Fluidics of Espresso, detailing a way to enjoy espresso in space in a manner similar to the one on Earth – which is to say in a cup – by replacing the role of gravity with the forces of surface tension.

Espresso, noted the team, which included a member of NASA and also a high school student, “is distinguished by a complex low density colloid of emulsified oils. Due to gravity, these oils rise to the surface forming a foam lid called the crema …. To some, the texture and aromatics of the crema play a critical role in the overall espresso experience. We show how in the low-g environment this may not be possible. We also suggest alternate methods for enjoying espresso aboard spacecraft.”

Of equal importance, these impressive innovations mean that, should the ISS ever encounter life on other planets, aliens’ first experience of coffee will not be adulterated with pumpkin spice. 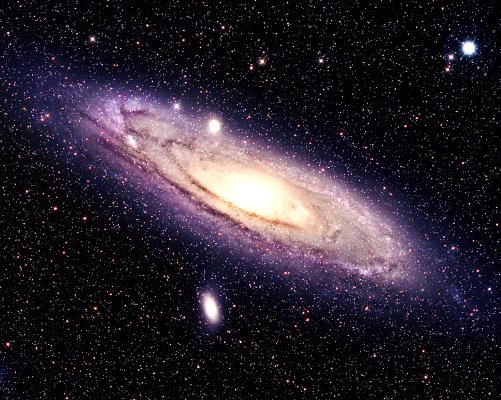 You've Heard of Shooting Stars, but This is Ridiculous
Next Up: Editor's Pick