Idina Menzel Says Frozen Sequel Is 'in the Works'

Don’t expect the Frozen blizzard to die down anytime soon.

Star Idina Menzel has set fans afire after she hinted that the studio may be planning a sequel to the blockbuster animated film.

In an interview with U.K.’s The Telegraph, the actress – who, as the voice of Elsa, gifted the world with fodder for enough “Let It Go” parodies to last a lifetime – was asked about the upcoming Frozen stage musical, as well as rumors of a second film.

According to Menzel, “they’re all in the works,” she tells the paper.

As for whether she’s signed up for any of them? “Not the stage show – I don’t know what will happen with that – but the movie hopefully,” she explains.

With a global box-office haul of $1.2 billion, Frozen has become the biggest animated film in history – and the fifth top-grossing movie of all time.

The film has already knocked Barbie off her perch as the most-wanted gift on girls’ Christmas lists, and Disney on Ice recently mounted a Frozen version of its popular touring ice show.

Meanwhile, plans are reportedly moving forward to bring Frozen to the stage: Earlier this year, Disney CEO Bob Iger confirmed that the studio was in talks to develop a musical adaptation of the film.

In other words, when it comes to all things Frozen, neither Disney – nor fans – will be letting it go that easily. 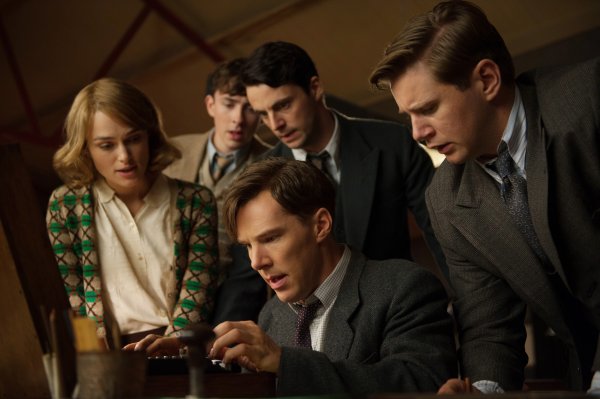 The True Story of The Imitation Game
Next Up: Editor's Pick