Malaysia Airlines posted an unfortunate tweet as part of its year-end promotion.

“Want to go somewhere but don’t know where?” read the post on Twitter, part of a promotion of special deals by the national carrier, Yahoo News reports.

Twitter users criticized the national carrier for the tone-deaf tweet, sent out after two major calamities for the company this year: the disappearance of MH370 over the south Indian Ocean and the deadly destruction of MH17 in Ukrainian air space by rebel separatists.

Bookings have dropped due to the two disasters, in which a total of 537 were killed. 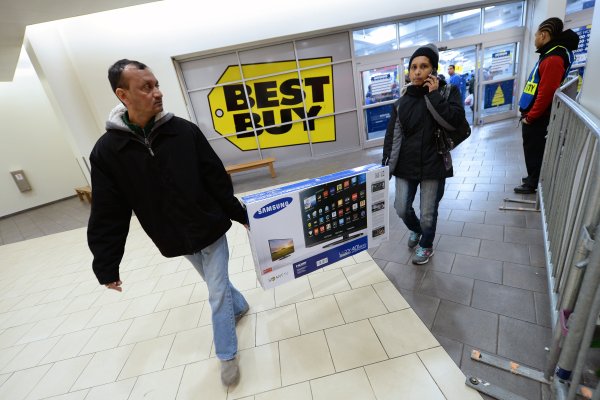 Best Buy's Website Goes Down on Black Friday
Next Up: Editor's Pick