John Lobo, 29, performing as Venezuela's late president Hugo Chavez in the star role of the "Ballet of the Spider-Seller to Liberator", at the Teresa Carreno Theater in Caracas, Nov. 27, 2014.
Ariana Cubillos—AP
By Sam Frizell

Political biographies just got a little more on pointe.

A state-sponsored ballet in Venezuela on Saturday will celebrate the late Hugo Chavez’s life from infancy to his reign as the country’s president and loudly vocal challenger to the United States.

The piece, From Spider-Seller to Liberator, leads the viewer from Chávez’s humble origins in the state of Barinas to his transformation into “the guide of the fights of the Venezuelan people’s struggles,” the Guardian reports.

Cuban journalists gathered the late president’s personal recollections from his speeches and his weekly television show as a basis for the piece. It begins with a recording of Chávez’s voice saying: “I was like a seed which fell on hard ground.”

Critics say the show is a propaganda piece to sustain the myth of Chavez’s life, who died last year of cancer. 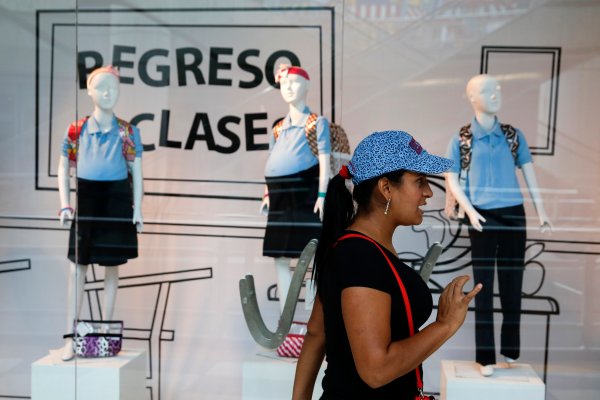