An Egyptian court dropped charges on Saturday against 86-year-old former President Hosni Mubarak for the killing of 239 protestors during the 2011 uprising against his regime.

Charges were also dropped against seven of Mubarak’s senior officials, who, like the former president, had been convicted of conspiracy to kill and were sentenced to life in prison in June 2012, the BBC reports. A retrial was ordered last year on a technicality.

As many as 800 people are estimated to have been killed during the Arab Spring protests before Mubarak finally resigned in February 2011.

Many legal experts said the charges against Mubarak were flawed from the beginning, and were rushed to court to appease public demands for reprisal, the New York Times reports.

Outside the courtroom, the former general who led the ouster of Egypt’s democratically elected Islamist government, President Abdel Fattah el-Sisi, has surrounded himself with former Mubarak ministers and advisors.

The decision, Judge Mahmoud Kamel al-Rashidi declared on Saturday, “has nothing to do with politics.” 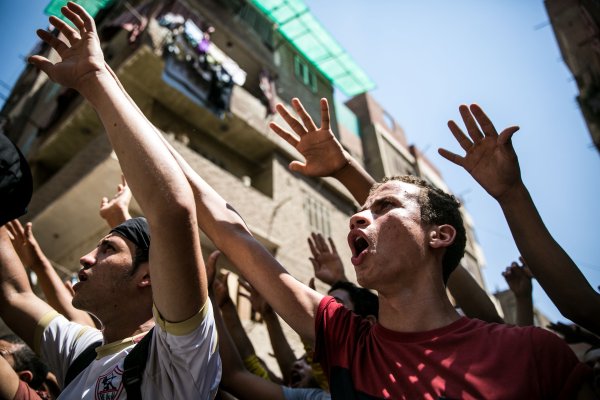 Egypt Jails 78 Boys for Being at a Protest
Next Up: Editor's Pick