Indian Prime Minister Narenda Modi has fallen to second in TIME’s Person of the Year poll with seven days to go in the voting.

A wave of unrest in Ferguson and around the country focused attention back on the United States this week, lifting Ferguson protestors into first place in the TIME reader polls with 10.7% of the vote. Modi slid into second with 10% of the vote.

Modi, the newly elected Indian prime minister–and leader of the largest democracy in the world–has raised high hopes among Indians that he can invigorate the country’s economy and cut bureaucratic red tape that has slowed development in India.

A grand jury’s decision in Ferguson on Monday not to indict a police officer who fatally shot an unarmed black man has caused an outcry across the United States, as thousands of protesters marched in solidarity with the family of victim Michael Brown. Demonstrations at the end of the week disrupted Black Friday shopping in San Francisco, Chicago, New York and Seattle.

Since 1927, TIME has named a person who, for better or worse, has most influenced the news and our lives in the past year.

The Person of the Year is selected by TIME’s editors, but readers are asked to weigh in by commenting on any TIME Facebook post that includes #TIMEPOY, tweeting your vote using #TIMEPOY, or by heading over to TIME.com’s Person of the Year voting hub, where Pinnion’s technology is recording, visualizing and analyzing results as they are received. Votes from Twitter, Facebook and TIME.com’s voting hub are pooled together to create the totals displayed on the site.

You can see the results of the poll and vote on your choice for person of the year here.

Who should be TIME’s Person of the Year? Vote Below for #TIMEPOY 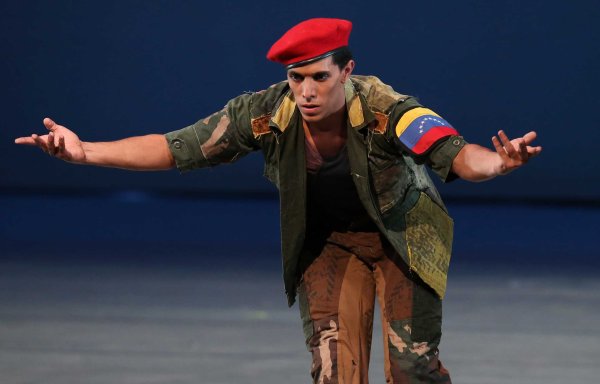 Now There's a Ballet About Hugo Chávez
Next Up: Editor's Pick