Ray Rice is back—if anyone will have him.

Former federal judge Barbara Jones overturned the NFL’s indefinite suspension of Ray Rice Friday, calling the NFL’s decision to kick Rice out of the league, after a video emerged of him attacking his future wife in an Atlantic City elevator, an “abuse of discretion.”

NFL commissioner Roger Goodell originally suspended Rice for two games, but added to the penalty after the disturbing elevator video was made public; Jones is basically saying that the NFL should have gotten it right the first time. She noted that the NFL never asked Rice for the elevator video — which was in Rice’s possession — in its initial investigation. This mystifying decision will dog Goodell for a long, long time.

Goodell has said that the contents of the video clashed with Rice’s description of the event during their conversation. “What we saw was new evidence [the elevator tape] that was not consistent with what was described when we met with Ray and his representatives,” Goodell told USA Today in September.

Jones disagreed, saying that she “was not persuaded that Rice lied to, or misled, the NFL at his June interview.”

Her decision, just like former commissioner Paul Tagliabue’s reversal of Goodell’s Bountygate suspensions two years ago, is a stern rebuke of Goodell’s leadership. In response to Goodell’s recent suspension of Vikings running back Adrian Peterson, who pleaded no contest to one count of misdemeanor reckless assault in a child abuse case, players union chief DeMaurice Smith said when it comes to doling out player discipline, the NFL has “simply been making it up as they go along.” Jones’ ruling lends great credence to Smith’s position.

As for Rice, reinstatement does not mean teams will be lining up to sign him, at least not this season. He’s got a bunch of factors working against him. First, the video is still relatively fresh in the public’s mind: teams risk offending fans and sponsors if they bring him on board. Second, it’s so late in the season that the chances of Rice learning a team’s offense, and having a positive impact on the field, are fairly remote. So why risk the off-field backlash? And third, Rice was already showing signs of decline before the domestic violence incident. He averaged just 3.1 yards per carry in 2013, his sixth season, which was 22.5% off his prior career low.

After an off-season in which Rice can make a positive contribution to domestic violence education and eradication, while giving teams a full audition of his skills, a return seems more realistic. Second chances are given in sports. For now, however, Rice will almost certainly remain on the sidelines. 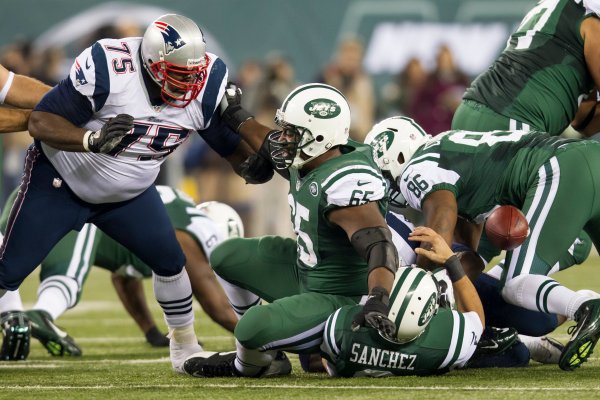 NFL Players Give Six Reasons Thanksgiving Football Can Stink
Next Up: Editor's Pick