Ray Rice arrives for an appeal hearing of his indefinite suspension from the NFL on Nov. 5, 2014, in New York.
Seth Wenig—AP
By Justin Worland

Ray Rice has been reinstated into the NFL and could potentially play again, after winning an appeal Friday against his indefinite suspension from the league.

The former Baltimore Ravens running back was suspended in September after video emerged of him punching his wife unconscious in an elevator and then dragging her limp body out of the closing doors. The appeal to the suspension was heard by U.S. District Judge Barbara S. Jones. A NFL spokesman told ESPN that the league would “accept the ruling as binding.”

While the ruling means Rice is eligible to play in the NFL again, he will first have to find a team that will take him. The Ravens terminated his contract in September as the controversy surrounding the elevator incident grew. 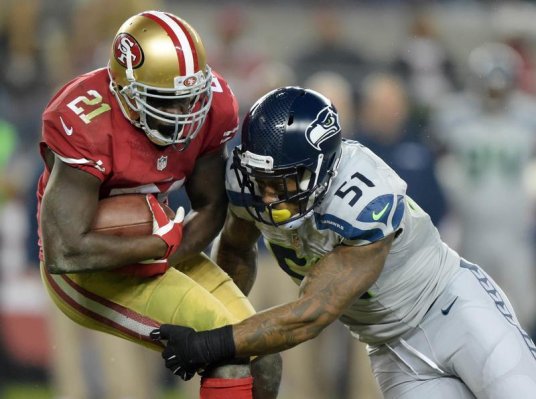 Seahawks' Defense Shines Again in Win Over 49ers
Next Up: Editor's Pick