The World's Largest Animal Slaughter Festival Has Begun in Nepal

A herder sits inside an enclosure for buffalos awaiting sacrifice on the eve of the sacrificial ceremony for the "Gadhimai Mela" festival in Bariyapur Nov. 27, 2014
Navesh Chitrakar—Reuters
By Rishi Iyengar

The largest mass animal sacrifice in the world commenced in Nepal on Friday despite pressure from activists.

“It is very festive here, everyone is excited,” said Mangal Chaudhary, the head priest at the slaughter site at a small village near the border with India, according to Al-Jazeera.

The Gadhimai festival, named after the Hindu goddess to whom the sacrifice is made, features the slitting of animals’ throats ranging from buffalo to rats over two days. Chicken and goat meat are then distributed to the masses, while buffalo hides are auctioned after dumping their heads in a large pit.

The previous festival in 2009 reportedly saw about 300,000 animals slaughtered, while Indian news channel CNN-IBN reports that this year that number is up to 500,000. 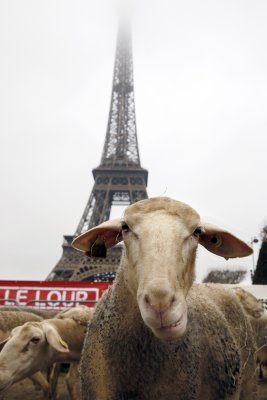 French Sheep "Protest" At Eiffel Tower
Next Up: Editor's Pick