Last December, Corey Brundage got a call from his then-fiancée. She had left her headlights on, and her car was now sitting dead in a Los Angeles parking garage. Corey ordered an Uber and was with her in 20 minutes. Then he started searching Yelp and Google for a towing company. They all had off-putting one- and two-star rankings. Each call he ventured took him about 15 minutes, and when they quoted prices like $250 for a jump start, he didn’t know whether they were being gouged in their time of need. For a man who already started four companies, this was clearly friction that technology could help alleviate.

This November, Brundage launched Honk, a new company in a growing field of startups that want to be “Uber for roadside assistance.” Along with Washington, D.C.-based Urgently, Honk is taking on the behemoth in the field—AAA—by giving roadside-assistance an on-demand makeover.

“The younger mobile, millennial generation doesn’t have brand affinity with AAA,” says Brundage, pointing out that the average AAA member age is 57 years old. “I kept thinking, I can push a button and get a taxi in just two minutes. But when I really need help, on the side of the road, where is the button?”

For some people, that button is now in their MapQuest app. Earlier in November, Urgently—a company reared in an AOL incubator—announced a big-time partnership with MapQuest, which is owned by AOL. MapQuest users can now request roadside assistance from inside their app. One button takes them to Urgently. Users select the service they need (towing, lock out, jumpstart, fuel), enter basic information about their car and themselves and are told a price. A jumpstart dispatched to downtown San Francisco, for instance, would cost $50.

With another tap, the nearest service provider is dispatched. Help-seekers can watch the progress of their savior on a map, knowing where the provider is and when they’ll arrive, like Uber users can watch their drivers. “We saw an opportunity, a white space in the roadside assistance market,” says Urgently CEO Chris Spanos. “The consumer should have complete and utter visibility.”

With Honk, users enter information through the app and, within about two minutes, they’re given an ETA and told that a driver will be calling them soon. In January, Honk plans to roll out maps where users can track a truck’s progress. Both companies operate nationwide and are middlemen like Uber, connecting a network of users with a network of independent-contractor trucks, taking a slice off fees paid by users. When truck-owners sign up as partners, they agree to a fee schedule of fixed prices for each service, so there’s no bidding war and no surprises.

Both Urgently and Honk contrast their users’ experience with what can be a more drawn-out process with AAA, which has its own app but still operates on a call-center model. The startups also tout themselves as “non-membership” companies. For what might be $50 or $100 per year, AAA offers what is essentially an insurance policy: pay up front and if you break down, you’re covered for multiple tows and other services. There are roughly 54 million AAA members, which is about a quarter of all licensed drivers in the country, and those members call upon AAA for about 30 million “roadside events” each year. That means about half of them are paying for a service they’re probably not using. AAA, in turn, points out that pay-per-use services often cost more than a year’s membership. Brundage says with Honk, a tow would cost the base price of $49 and then perhaps $5 per mile, depending on where the breakdown happens.

The new companies sell their service as better for both consumers and drivers. “AAA has been squeezing every penny out of them,” Brundage says of the trucks who work with AAA. That company tells TIME they do not release specific figures on how much trucks make off calls provided by AAA. But the new players will. Spanos gives the example of a 15-mile tow costing $99 through the app. In that case, the truck would make about $75 and Urgently would get the rest. Brundage says that his partners who have worked with AAA are making more in the neighborhood of $25 per tow.

Upping the margin has the potential to help the tow companies’ ratings, because if they’re making more on services people ask for, they’re less likely to go looking for cars to tow so they can make a living, the kind of behavior that earns them avid one-star ratings. “There’s a world in which they could have more than one star,” Brundage says. Regardless of margins, they stand to get more business by adding another avenue for requests to come in.

Still, AAA memberships include many perks beyond roadside assistance, and company spokesperson Heather Hunter implies it has more experience than these upstarts, touting “long-standing relationships” with towers. “The use of new technology is just one small aspect of providing roadside service,” she says. AAA-affiliated drivers get training and access discounts on equipment, she says, and they undergo background checks, too.

AAA is not the only competitor for these new companies, who are also going up against insurance provided by auto manufacturers, but they are the Goliath to their David. “They’re clearly an 800-lb. gorilla,” says Spanos. “But we’re not afraid of them.” 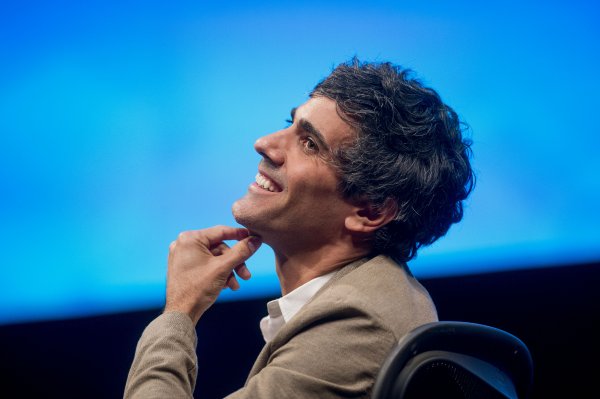 Why Yelp's CEO Turned Down Google
Next Up: Editor's Pick