You might think that when people look back on their college years, their biggest regret would be not being more involved socially, choosing the wrong major or partying too much. In reality, the biggest regret college grads face is a much more grown-up one, and it’s one with repercussions that can follow them well into their adult years.

According to a study conducted by Citizens Financial Group, 77% of former college students age 40 and younger regret not doing a better job of planning how to manage their student loan debt.

Student loan debts have ballooned in recent years, even as the demand for higher education has boomed as more companies in nearly every industry require that job applicants have college degrees. Earlier this year, Federal Reserve Bank of New York data showed that Americans collectively owe $1.1 trillion in student loan debt. By comparison, we owe $8.2 trillion in mortgage debt and $659 billion in credit card debt. Each indebted borrower owes nearly $30,000 upon graduation, and many of them are struggling. Citizen’s survey finds that current students carry roughly $25,000 of student debt, while their parents carry an average of $22,000.

Nearly a quarter of former students in Citizen’s survey say they can’t stay current on their debt payments, and almost two-thirds say they’re uncomfortable with their debt load. Almost half say they would have reconsidered going to college entirely if they knew how burdensome their debts would be years or even decades later.

Current students aren’t faring much better: Seven in 10 don’t think they’ll have enough financial acumen to do a good job managing their debt, and more than 80% say they wish they knew more about the long-term impact of carrying this debt — which will take nearly two decades to pay off for many borrowers, according to the survey responses of former students. What’s more, more than a third of former students don’t even have a guess when they’ll have those debts paid.

A lack of communication seems to be a big contributing factor to this situation: Families don’t talk about student loan debt or make a plan to tackle it in advance. Only 15% of former students and just under a quarter of today’s students report having detailed discussions with their parents about how to pay off those debts — 46% of former students say the topic never came up at all. 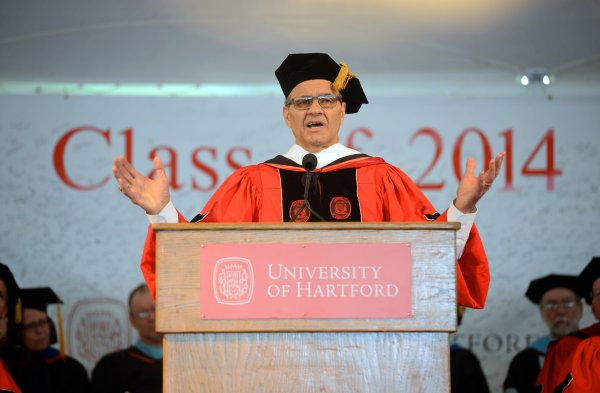 20 Private Colleges With the Highest Student Loan Debt
Next Up: Editor's Pick