Should You Marry, Break Up, or Maintain the Status Quo?

Should you marry your special someone, break up, or stay status-quo? It’s perhaps life’s biggest decision yet too many people choose a car more rationally.

Emotion should probably play a role in deciding whether to marry that person but in case you might like to bring more rationality to the process, perhaps this mock internal debate will be helpful.

(To reduce risk of unintended gender or sexual orientation bias, I’ve given the potential marriage partner an androgynous name: Leslie.)

Alter ego: But you’re not sure what love means.

Person: Well, I care a lot about Leslie.

Alter ego: You care a lot about your dog. That doesn’t mean you should marry it.

Person: But I love spending time with Leslie. We laugh a lot. The sex is very good. And we simply like hanging out together.

Person: Maybe my standards are too high. After a while, you get bored with anyone: hearing the same stories, the same political views.

Alter ego: Are you sure? I mean, some people are always learning and sharing ideas. I mean you read the New York Times, the Wall Street Journal, and TIME and are constantly sharing what you’ve learned. Leslie rarely does that.

Person: Maybe the problem is that I’m smarter than Leslie.

Alter ego: How important is that really? You’re looking for a marriage partner, not a consultant.

Person: But if I don’t respect Leslie’s mind, it will taint the relationship. I don’t want to be dismissive of Leslie’s opinions.

Person: Maybe I’m just being defensive. Unconsciously, I’m subject to the Not Invented Here syndrome: If it’s not my idea, it must be inferior.

Alter ego: If you’re honest with yourself, you do know that Leslie is less intelligent than you are.

Person: You’re right but intelligence isn’t everything. As I said, we have a great sex life, we seem to have the same appetite for it, and in our seven months together, sex is just as good as it was in the beginning, maybe better.

Alter ego: Okay, the sex part gets an A, the intellectual compatibility a B-, which is generous. How about Leslie’s lovingness?

Person: That does worry me. I care deeply about Leslie. I would hurt myself in order to help Leslie but I don’t think the reverse is true.

Alter ego: And Leslie certainly doesn’t boost you up as much as you boost Leslie.

Person: Worse, Leslie seems to find fault with me more often than I feel I deserve.

Alter ego: Maybe you do deserve it.

Person: I don’t expect unconditional love but right now it feels a little too conditional. And if it’s that the way it is now, what will it be like a year from now? Five years from now? 40 years from now? Remember, it’s supposed to be “until death do us part.”

Person: But I can’t give Leslie more than a C on lovingness.

Alter ego: What about how emotionally together Leslie is?

Person: There, I have to give Leslie an A.

Alter ego: And if you’re honest, you have to give yourself a C. You tend to be moody and you’re pretty insecure, so you need to process stuff with Leslie all the time. You’re always worried that Leslie doesn’t love you enough, maybe even would cheat on you.

Person: You’re right. I’m no basket case but I’m a bit needy and sad. If I were back out in the meet market, I might not attract someone as good as Leslie. A quality person doesn’t want to marry a needy stick in the mud.

Alter ego: And that’s compounded by your liking to smoke pot. You know the data is pretty much in. It does affect your brain’s functioning. Not just your memory or motivation but your emotional functioning.

Person: I’m not so convinced the data is in.

Alter ego: This decision is feeling too unclear. I think you need to keep things as they are. Maybe in a few months, the decision will become clearer.

Person: Maybe Leslie and I should take a break, date other people?

Person: This is feeling uncomfortable. I’ll think about this more later.

That internal dialogue considered eight factors which are key in a spouse:

Of course, reducing to a list the decision to marry or break up ignores the emotional. In the end, of course, you need to ask yourself the core question: “Do I love this person enough to want to spend the rest of my life with him or her?” 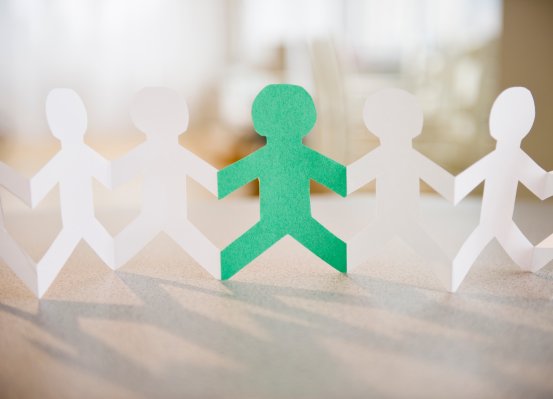 The #1 Way to Easily Improve All Your Relationships
Next Up: Editor's Pick