See What Astronauts Eat for Thanksgiving Dinner in Space

They may be in orbit 260 miles above Earth, but that doesn’t mean the astronauts aboard the International Space Station won’t enjoy some traditional Thanksgiving fare to celebrate on Thursday. Though their meal may look a little different than what your family has planned.

The smoked turkey, corn-bread dressing, green beans, and candied yams that these space explorers will eat have been irradiated, thermostabilized, or freeze-dried. Regardless, the six astronauts on board—Americans Commander Barry “Butch” Wilmore and Flight Engineer Terry Virts, Flight Engineers Anton Shkaplerov, Alexander Samokutyaev and Elena Serova of Russia’s Roscosmos and Italian Flight Engineer Samantha Cristoforetti of the European Space Agency— are looking forward to their holiday feast. In a video message, Commander Butch Wilmore also shared what he’s most thankful for this holiday: our troops. 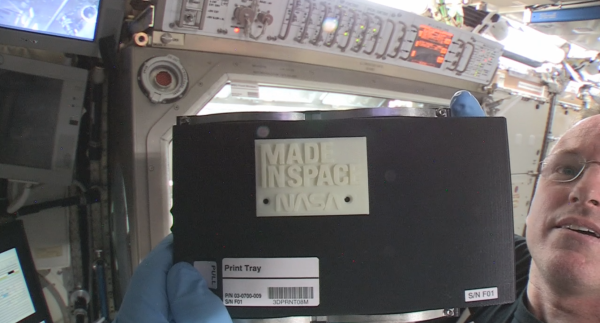 The First 3-D Printer in Space Prints Its First Object
Next Up: Editor's Pick