Watch Jennifer Aniston Get Unglamorous in the Trailer for Cake

The first thing people talk about when they talk about Jennifer Aniston’s role in Cake is her ugliness — or at least, her lack of characteristic prettiness. Playing a woman who suffers from chronic pain and an addiction to the painkillers meant to numb it, her face is scarred and shiny, her gait pained and graceless. For this reason, many are calling this Aniston’s Monster, the film for which Charlize Theron’s portrayal of a very un-made-up serial killer earned her an Oscar.

But the role is noteworthy for more than just a lack of lipstick. To prepare to play Claire, Aniston spent six weeks talking to people who suffer from chronic pain, seeking not only to understand the emotional hardship the condition presents, but also the movement of a person for whom movement brings about great pain. Aniston told an audience that she accepted the role without hesitation. “I thought the character was such a beautiful, complex, layered, tortured character,” she said. “I just tapped into something with Claire I felt instantly connected to.

Cake, which was received warmly at the Toronto International Film Festival, co-stars Anna Kendrick, Sam Worthington, Adriana Barraza, Felicity Huffman and William H. Macy. It will be released for a limited, one-week pre-Oscar run in December, and for wide release in January. 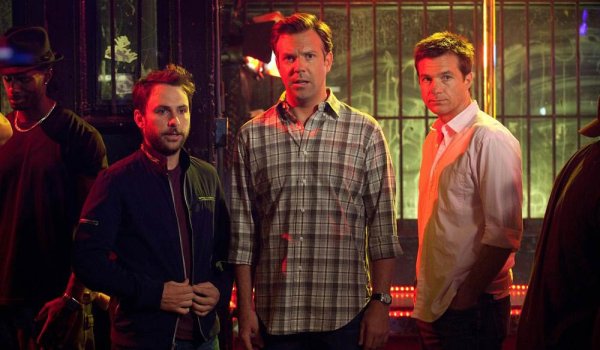 Horrible Bosses 2 Has Nothing to Say About Bosses, and That's Okay
Next Up: Editor's Pick