Wendy's Ingenious Plan to Get You to Buy More Burgers

Within the past week, two of the top three fast food giants have announced plans to let customers nationwide order their burgers and fries with their smartphones. For better or worse, now you can give into your fast food craving even if you don’t have your wallet on you.

On Friday, Wendy’s said it was rolling out mobile payments nationwide. The AP reported that most of Wendy’s 5,800 restaurants in the U.S. are now able to accept payment by phone from customers. That announcement came just a few days after Burger King said it planned to expand mobile payments beyond a few local test markets starting next month.

Last Tuesday, Bloomberg said that Burger King is expanding its mobile payment capability and that customers at the chain’s more than 7,000 U.S. stores should all be able to pay with their smartphones within “a few months.”

Industry publication QSRweb.com reports that the transactions take place via Wendy’s mobile app. Customers “pay” with a six-digit code the app generates, which they provide to the cashier. According to the Wall Street Journal, Burger King’s new payment option will work the same way: Customers will get a code they give to the cashier.

This is different from how Starbucks, an early adopter of mobile payments, handles transactions; there, customers open the app and have it scanned. Given the amount of drive-through traffic fast-food chains handle, an option that doesn’t require the customers to either lean out the window or hand over their phone to get it scanned seems to make more sense.

“We need to engage with them the way they want to be engaged. If they are paying through their smartphones, we need to let them,” Wendy’s CMO Craig Bahner told QSRweb.com last year. “We will keep moving fast in the digital space because consumers are engaging with us in that space.”

For restaurant operators, the appeal is twofold: They catch pitch an alternative that customers — especially younger ones — perceive as more convenient than pulling out cash or a card, and they can use the app as a loyalty generator, offering coupons and discounts in exchange for gathering lots of useful data about diners’ behavior.

“The real beauty of this is to be able to understand the consumer behavior of our guests,” Alex Macedo, Burger King’s North American president, tells the Wall Street Journal.

Paying by phone seems to be working for Starbucks. The coffee chain told investors last week that 14 percent of payments are now made with a mobile device.

What about McDonald’s? Although Nation’s Restaurant News reported last fall that McD’s was testing mobile payments in Salt Lake City and Austin, Tex., two cities where the NFC mobile wallet platform Isis was first tested, a company spokesperson says, “It’s premature to speculate on the future of the McD App.” Right now, the app, which is available in about 1,000 stores in the U.S., is mostly a vehicle for the company to send customers offers they can redeem with their phones.

While the spokesperson promises “a cutting-edge experience in the future ,” for the time being, the number-one burger chain in the country is keeping payments old-school. 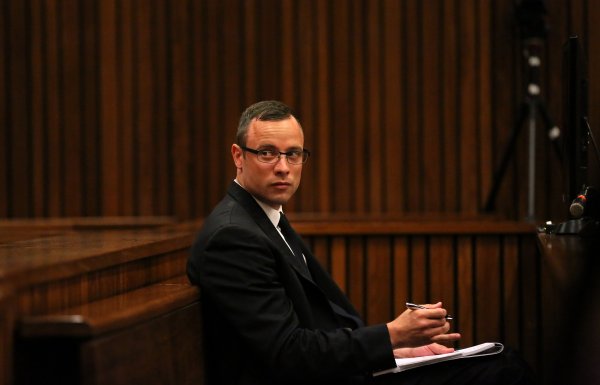 Pistorius Trial Adjourned as Prosecution Rests
Next Up: Editor's Pick