“We need patience and staying power to overcome the crisis,” Merkel told German lawmakers in a speech to Berlin’s parliament. She added that economic sanctions on Russia “remain unavoidable” as long as government forces continue to battle pro-Russian separatists in eastern Ukraine, Bloomberg reports.

Merkel continued that while the crisis may have been triggered by Russia’s concerns over the impact of Ukraine’s free trade agreement with the European Union, “none of this justifies or excuses Russia’s annexation of Crimea.”

The German chancellor’s speech to parliament follows an address Merkel made in Australia Monday, during which more openly critical of Putin than in the past, suggesting her patience with Putin is running out after months of negotiations. Merkel and Putin met during the G20 conference, but that reportedly did not go well for either leader. 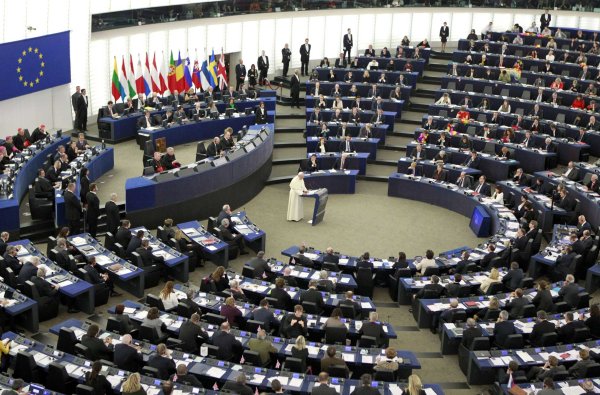 Pope Urges Europe to Accept Migrants and Reject Hunger
Next Up: Editor's Pick