Johnny Depp poses backstage during the opening night of Cabaret on Broadway at Studio 54 in New York City on April 24, 2014
Bruce Glikas—FilmMagic/Getty Images
By Rishi Iyengar

But contrary to what it sounds like, the Hollywood superstar told Details in an in-depth interview that letting go of all expectations and obsessions has allowed him to be more free and versatile (if that was possible) with his acting.

“What is really satisfying is, like Marlon, getting to that place where he just didn’t give a f-ck,” said Depp, referring to the late actor, longtime friend and mentor Marlon Brando. “Suddenly you care enough not to give a f-ck, because not giving a f-ck, that’s the total liberation. Being game to try anything.”

And with upcoming roles like the Big Bad Wolf in fairy-tale adaptation Into The Woods, an adventurous art dealer in comedy film Mortdecai and notorious Boston gangster Whitey Bulger in Black Mass, that’s exactly what he’s doing. 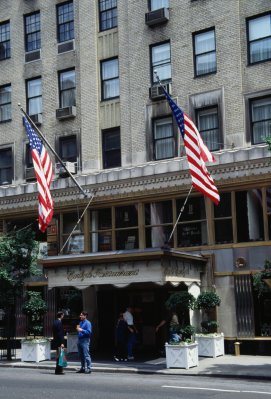