The Most Destructive Gender Binary

Getty Images
Ideas
By Gary Barker
Gary Barker, Ph.D., is founder and International Director of Promundo, an international organization with offices in the United States, Brazil and Portugal and representatives in Rwanda and Burundi, that works to engage men and boys in gender equality and ending violence against women.

It was the latest setback for women’s empowerment. But you probably haven’t heard about it.

Part of the gender equality goal set to replace one of the U.N.’s soon-to-expire Millennium Development Goals didn’t make it through. The target left on the cutting room floor? Engaging men and boys around gender equality issues.

Why, exactly, is this is a setback for women’s equality? Because the fates of the two genders are intertwined; for women to thrive, men and boys must be part of the gender equality agenda. Why, then, in 2014, are we still addressing gender issues as a binary, girls vs. boys, women vs. men? And how can we get beyond it?

We asked that big question at a conference last week in Delhi — organized by the global MenEngage alliance ( full disclosure: I’m co-chair and co-founder of the alliance). Our answer – to get beyond the binary, and to achieve the promise of empowering women — we need to show the world just how much each gender depends on the other, and how men, too, benefit from full equality.

Let’s start with violence. If you want to combat violence against women, you’ve got to understand, and address, violence against boys. Let me explain. Global data confirms that about one-third of the world’s women have experienced violence from a male partner. We have little evidence — with the possible exception of the U.S. and Norway — that any country has been able to reduce its overall rates of men’s violence against women. There are challenges with measuring violence, to be sure, but it’s far too early to claim that we have made real progress in reducing the daily threat to women and girls.

Unpaid care work is another area where we can see the same intertwined narrative playing out. Women do the majority of the unpaid care work in the world. And yet, studies show that when men take on those responsibilities, they’re happier, less likely to be depressed (and have better sex lives). According to one study in the U.S., we even live longer as men when we’re involved fathers. A study in Sweden finds that involved fathers are less likely to miss work, and are healthier. Not to mention all the data showing that children benefit when fathers are involved in caring for them.

Or consider this: a recent World Health Organization report confirmed that there are 800,000 deaths from suicides each year, about two-thirds of those are men. We know something about which men commit suicide: men who are socially isolated, who feel they can’t reach out for help, whose sense of identity was lost when they lost their livelihoods. Men who, in part at least, are stuck in outdated notions of manhood.

What’s more, entire economies benefit when women can devote more time to the paid workforce. If women’s participation in the workforce were equal to men’s, the U.S. GDP would be nine percent larger and India’s GDP would be 1.2 trillion U.S. dollars bigger. Yet right now, that disparity is arguably the single largest driver of women’s lower wages compared to men. Globally, 77 percent of men participate in the paid workforce, compared to just 50 percent of women—a proportion that has remained virtually unchanged for 25 years.

Even when women are in the workplace, they earn on average 18 percent less than men for the same work. Few countries outside of Scandinavia have created policy incentives to encourage men to do a near-equal share of unpaid care work. We know what it has taken in Scandinavia to push us closer toward equality in terms of care work: paid paternity leave. In other words, encouraging men to do a greater share of the care work.

Guess what? A little encouragement goes a long way. Today, with paid leave and “use-it-or-lose-it” leave for fathers only, the majority of men in Norway, Iceland, Sweden and Quebec (which has policies similar to the Nordic countries) are taking leave of six weeks or more. Iceland is the global leader: fathers there take an average of 103 days of paid paternity leave.

We’re stuck in a similar gender box when it comes to empowering women to control how many children they have. In 2005, women represented 75 percent of global contraceptive users and men 25 percent. In 2014, women represent 73 percent. Hardly numbers to celebrate and proclaim equality; indeed, that change does not even pass the confidence interval. Why does it matter? Well, last time I checked, reproduction involves both women and men. Anything less than 50-50 in terms of contraceptive use cannot be called equality. By not engaging men as equal partners in contraceptive use, we hold women back. This doesn’t mean giving men control over women’s bodies; it means engaging men to assume their share of reproduction as respectful, aware and supportive partners.

In terms of HIV/AIDS, the story is similar. We have made amazing strides in rolling out HIV testing and treatment. Treatment as prevention is working in many countries. One of the key remaining obstacles in reducing HIV rates and AIDS-related mortality rates even more is the fact that in much of the world, men are far less likely than women to seek HIV testing and treatment. The result is increased risk for women and higher AIDS-related mortality among men.

The arguments could go on. From economic empowerment for women to violence prevention, the evidence consistently affirms that engaging men as partners in gender equality is more effective than only tapping women. And the data is clear that men who support gender equality, are more supportive, democratic partners and get involved in their share of the care work are happier men.

Twenty years after one of the largest events to promote women’s equality in Beijing — where Hillary Clinton made her famous proclamation that “women’s rights are human rights” — the conclusion is this: we won’t achieve full equality for women until we move beyond binary us-versus-them, women-versus-men thinking. We must commit to ending patriarchy in the lives of women and in the lives of men. As men, we must acknowledge that we have an equal stake in gender equality. In fact, let’s acknowledge this: our lives get better when we embrace it.

Gary Barker, Ph.D., is founder and International Director of Promundo, an international organization with offices in Rio de Janeiro, Brazil, Washington, DC, and Kigali, Rwanda, that works to engage men and boys in gender equality and ending violence against women. This piece was originally published in New America’s digital magazine, The Weekly Wonk. Sign up to get it delivered to your inbox each Thursday here, and follow @New America on Twitter. 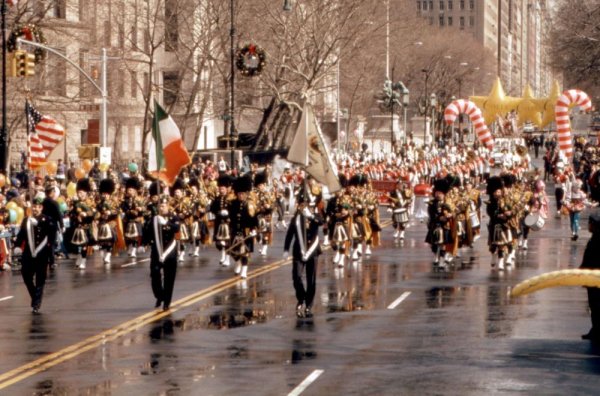