The First 3-D Printer in Space Prints Its First Object

International Space Station Commander Barry “Butch” Wilmore holds up the first object made in space with 3-D printing. Wilmore installed the printer on Nov. 17, 2014, and helped crews on the ground with the first print on Nov. 25, 2014.
NASA
By Jack Linshi

The first 3-D printer in space has borne its first object, NASA said Tuesday, and it’s a bit self-fulfilling.

The object, a replacement faceplate for the printer’s casing that holds its internal wiring in place, is one of about 20 objects that will be printed aboard International Space Station (ISS) over the coming weeks, the space agency said. The objects will then be sent down to Earth for analysis, the final step in testing the 3-D printer before establishing a permanent 3-D printing facility aboard the space station.

“This is the first time we’ve ever used a 3-D printer in space, and we are learning, even from these initial operations,” said Niki Werkheiser, project manager for the ISS’s 3-D printer. Creating the faceplate demonstrated how the printer is able to make replacement parts for itself, the agency added. “As we print more parts we’ll be able to learn whether some of the effects we are seeing are caused by microgravity or just part of the normal fine-tuning process for printing.”

Before its launch in June to the ISS, the 3-D printer had successfully completed a series of tests evaluating its ability to withstand take-off forces and to function properly in zero gravity. The goal is to create spare parts and tools to make the ISS less dependent on expensive resupply ships, in addition to improving crew safety. 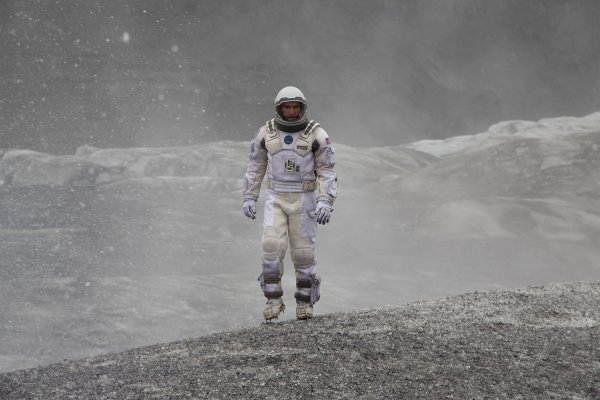 Christopher Nolan and Kip Thorne on Interstellar Physics
Next Up: Editor's Pick