The Pilgrims had plenty of thanks to give the Wampagnog Indians in 1621, around the time they had a certain special meal you might have heard of. Members of that American Indian tribe had been essential to the early settlers’ survival, teaching them which crops to plant and how to fish.

Modern day English speakers, who are about to gorge themselves on sweet potatoes and napping this Thanksgiving, might not know that they have a smaller joy for which to give thanks: the many words that English adopted from American Indian languages (or at least may have). These are words beyond the ones you learned in elementary school like moccasins or powwow, as well as the Mayflower-sized pile of place names derived from American Indian words, including the names of about half the states. Here are some that should at the least make good conversation if you and your distant aunt run out of things to talk about over second helpings.

moose (n.): a ruminant mammal with humped shoulders, long legs, and broadly palmated antlers that is the largest existing member of the deer family.

Moose comes from the New England Algonquian word for that animal: moòs. Algonquian describes a family of about three dozen languages spoken by American Indian tribes, like Arapaho and Cree. One of the first known English-speakers to use the word moose was Captain John Smith, who recounted the creatures in his 1616 writings about the New World.

Yankee (n.): a nickname for a native or inhabitant of New England, or, more widely, of the northern States generally.

Yankee, that word the redcoats used to use to mock American doodles who thought they were fancy because of their feathery hats, is of uncertain origin. But one of the earliest theories is that the slang comes from the Cherokee word eankke, meaning slave or coward. In 1789, a British officer said Virginians used that word to describe New Englanders who sat out during war with the Cherokees.

raccoon (n.): a small North American animal with grayish-brown fur that has black fur around its eyes and black rings around its tail.

Our word for what may be the most adorable cat-sized, trash-eating creatures in America comes from a Virginia Algonquian language. In a book about animals written two years before the United States declared independence, the author noted that the raccoon was also sometimes called the “Jamaica rat, as it is found there in great abundance, playing havoc with everything.”

squash (n.): any of various fruits of plants of the gourd family widely cultivated as vegetables.

Squash is a shortened form of what the Narragansett, an Algonquian-speaking tribe from what is now Rhode Island, called that food: asquutasquash. Circa the 1600s, English-speakers used a closer (and now obsolete) derivative: squanter-squash. And they described the squanter-squash as a cake, bread and “kind of Mellon.” Though today considered a vegetable in cooking, the squash is technically a fruit, even if it seems too starch-like to be in the same family.

toboggan (n.): a long, light sled that has a curved front and that is used for sliding over snow and ice.

Early French settlers in what would later be North America took the Algonquian word for this vessel and made it tabaganne, and that became the English toboggan. The northern neighbors of the tribes who used this word, Alaska Natives like the Inuit, gave English words too, like kayak and husky.

skunk (n.): a North American animal of the weasel kind, noted for emitting a very offensive odor when attacked or killed.

As you’ve probably noticed, there is more than one animal on this list. Encountering new creatures, English speakers had no words of their own for them and so naturally adapted names from the hundreds of American Indian languages already being spoken in the country. Skunk comes from the Abenaki tribe’s name for this potent weasel: segankw.

caucus (n.): a private meeting of the leaders or representatives of a political party.

Like Yankee, the exact origin of this word is unknown. But a possible derivation is from an Algonquin word cau′-cau-as′u, meaning one who advises, urges or encourages. That word has its own roots, according to the Oxford English Dicitionary, in words meaning “to give counsel” and “to urge, promote, incite to action.” American Indian names, the OED notes, were commonly taken by clubs and secret associations in New England.

And here is an eighth word, which you should consider a bonus feature that probably doesn’t have American Indian roots at all, though people in the past have argued that case.

The lexicographers at the Oxford English Dictionary do not give a definite origin of this word. They do say it “seems clear” that the heavy favorite theory (O.K. being an abbreviation of “oll korrect,” a play on “all correct”) is true. But they still list competing, underdog origin stories, including the idea that “O.K. represents an alleged Choctaw word” okii, meaning “it is.” The Choctaw may have actually used the word as a suffix to mean “despite what you are wrongly thinking,” as in, “I did too remember to turn the oven off, okii.” It’s an interesting story that would connect well with passive-aggressive uses today. But if you find yourself with free time this holiday, you might peruse the whole history written to support the prevailing theory. 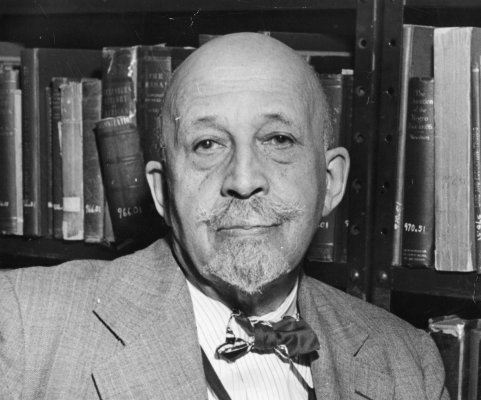 That 'A System Cannot Fail...' Quote? It's Not From W.E.B. DuBois
Next Up: Editor's Pick