During the medical examination, bruising was discovered on Wilson's cheek where he says Brown punched him in the face
St. Louis County
By Jack Linshi

Twitter users have taken to the hashtag #ThingsMoreHurtThanDarrenWilson to express frustration over the photographic evidence of Darren Wilson’s injuries following his shooting of Michael Brown.

The photographs of Wilson, released Monday evening by the St. Louis prosecuting attorney following the late-night announcement of the grand jury’s decision not to indict him, offer a closer look into Wilson’s claims that he feared for his life before shooting and killing Brown.

In the photos, Wilson appears to have sustained bruises to the back of his neck and his jaw, which some people do not believe indicate that Brown posed as much of a danger as Wilson indicated in his newly released grand jury testimony.

In an interview that aired Tuesday evening, Wilson said he has “a clean conscience” regarding the Aug. 9 killing and insisted “I know I did my job right.” 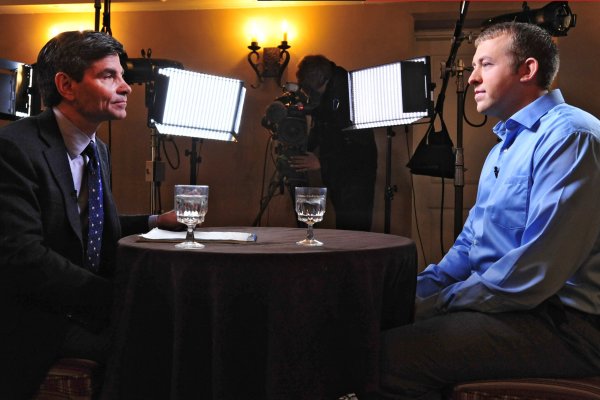 Ferguson Cop: 'I Have a Clean Conscience'
EDIT POST