When I was pregnant, I was all about breastfeeding. I knew it was the best, healthiest, smartest way to feed my unborn baby. I read “The Womanly Art of Breastfeeding” and “Ina May’s Guide to Breastfeeding” and I was convinced that my baby and I would be naturals at it. I scoffed at the price of formula in the pharmacy. I wondered who would choose to buy it when you have perfectly good, milk-producing boobs attached to you, giving out baby food for FREE.

I planned to nurse my baby wherever I was if he or she needed to eat and I DARED anyone to say anything nasty or ignorant. I even looked up the damn laws regarding public breastfeeding in NYC and whether anyone could legally ask you to cover up. I was just so sure that breastfeeding would come so easily to us; I didn’t even acknowledge the fact that it might not work out.

Then my son was born. The blissful, drug-free birth I hoped for turned into an elective C-section when my OB demonstrated for me exactly how small the opening between my hip bones was during a painful pelvic exam. Basically, there was little chance my 8lb 13oz baby was going to come out without significant trauma to both of us.

I went past my due date with my cervix still high, closed and tight. My doctor advised that we could induce (which I was not a good candidate for given the state of my cervix) where I would go through painful, drug-induced contractions for up to three days. If my big baby didn’t come out by then, I would have to get a cesarean. Or, we could just cut to the chase (pun intended) and I could have the C-section without the three days of hell prior to it. It was a no-brainer — I scheduled the surgery for the next day.

The C-section was successful and my beautiful, healthy boy was born kicking and screaming. In fact, he gave a brilliant demonstration of how well his kidneys were functioning by peeing on the doctor seconds after he took his first breath. We did skin-to-skin contact to stimulate milk production and he latched on like a champ as soon as we hit the recovery room. He nursed contentedly and everything was going just as I hoped it would, until our first night home from the hospital.

He nursed for close to two hours before we went to bed. Being the naive first-time parents that we were, we assumed he would sleep for HOURS after eating that much. We were quickly proved wrong when he woke up screaming 20 minutes later. After diapering him, burping him, rocking him, swaddling him, and trying every other trick the nurses in the hospital taught us to soothe his cries, we realized he must be hungry. I put him to the breast and he popped off, screaming.

After trying this for close to an hour with no success, and both my husband and I nearing exhaustion, we fed him a bottle of the ready-to-feed formula gifted to us by the hospital “just in case” he had trouble nursing when we got home. He sucked it down as if he hadn’t eaten in days and slept peacefully for hours, but I lay awake guiltily crying at how I had failed my son.

Things didn’t get easier as time passed. Even if he would nurse, he would scream minutes after finishing. It was clear he wasn’t getting the nourishment he needed from me. I used a breast pump round the clock since he continued to refuse my breast but had no trouble drinking from a bottle. Every mommy-blog I read said to withhold bottle feedings so he would take the breast but it broke my heart every time I heard his hungry cries and I would give in and feed him either pumped breast milk or formula. I became totally exhausted because the only time I could pump was when he slept, going against the age-old “sleep when baby sleeps” maxim.

When I wasn’t pumping, I was poring over articles about how to increase milk supply and drinking teas designed to increase production.

Exhaustion is one of the main contributing factors to postpartum depression and before I knew it I was crying multiple times a day about my perceived failings as a mother. I felt so much guilt every time I gave him a bottle that wasn’t breast milk, but pumping doesn’t maintain a milk supply the way that a baby nursing directly from the breast does.

In addition to my guilt, I felt rejected since my son wouldn’t nurse from me. I felt like there was something fundamentally wrong with me that I couldn’t master breastfeeding, which I foolishly thought would be the most natural thing in the world. The blogs stressed that I should just continue to offer the breast and pump every two hours. I felt weak when I would choose a short nap over pumping. I hated myself whenever I allowed someone else to give him a bottle so I could get a few hours of sleep.

I constantly second guessed myself and my abilities as a mother. In my darkest moments, I wondered if it was a mistake to have a baby in the first place. I wondered where I got off thinking I was capable of caring for another human being. I wept for my poor son who was stuck with a mother who was so woefully unable to give him the care he deserved. It felt like a cruel joke. I felt miserable during the time in my life that should have been the most joyful.

I saw a lactation consultant and she confirmed that my baby was only getting a fraction of the milk that he needed by nursing. My milk supply was plentiful at that time as a result of my round the clock pumping, my baby’s latch was perfect, and his sucking reflex was strong. We just couldn’t find a reason why nursing was unsuccessful.

I felt some relief that my problems with breastfeeding weren’t entirely my fault. But I couldn’t get over the idea that maybe if I just tried a little harder or read a few more articles that I could get it right. I really felt that my inability to exclusively breastfeed my son was a complete personal failure that would affect him for the rest of his life. Every time he refused the breast and I had to give him formula, I was devastated.

This went on for two weeks, although it felt much longer. I didn’t know if I would ever feel happy again. I went to my OB to have my stitches removed and when she asked me how I was feeling, I completely broke down. Somehow she convinced me that giving my son formula didn’t make me a bad mother while dabbing my tears away with gauze.

She reminded me that motherhood didn’t equal martyr-hood and that I needed to take care of myself in order to give my sweet baby the best care possible.

Once I took that to heart, and allowed myself to sleep without feeling guilty that I wasn’t pumping, I felt better within days. I felt like my pre-baby self again and for the first time since we got home from the hospital, I really enjoyed being a mom.

My son just turned three months old and he is thriving. I still pump, and I still feel guilty sometimes. But my baby is happy and healthy and I know I’m doing the very best I can, for both of us.

My copious middle of the night research on formula vs. breast milk lead to me recent studies which suggest that maybe breast milk isn’t that superior to formula after all. I know that every time I heard “breast is best,” a little piece of my heart broke that I had to give my baby less than the best.

So much of the literature on baby care completely ignores self-care for mothers. Maybe instead of pushing something that is unattainable for so many mothers, we as a society should just advocate whatever is best for baby AND mom — even if that means formula feeding.

Kaity Garcia is an executive assistant working for an international investment bank in New York. 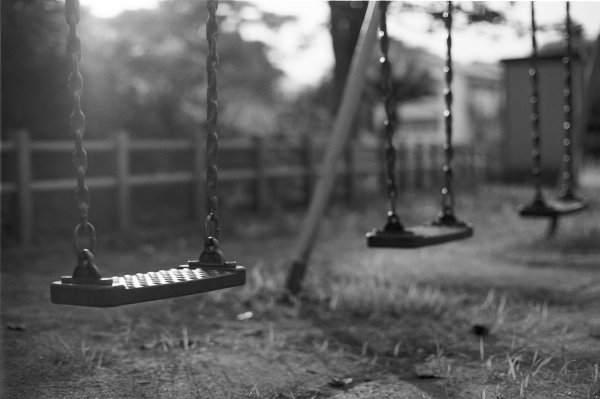 The Cult of Kiddie Danger
Next Up: Editor's Pick