Over the years, various film and television directors have made the Macy’s Thanksgiving Day Parade part of a plot, which usually involves shooting the parade live.

Anyone who wants to film the parade for commercial use must work with the company to obtain permissions, Macy’s tells TIME. Upon securing a permit, sections aren’t roped off for filming, and production crews can’t interrupt the line of the march.

Here are some notable examples of films and TV shows that have featured the iconic American tradition:

It’s perhaps one of the most iconic representations of the Macy’s Thanksgiving Day Parade in film, and arguably helped put the event on the map, for few knew of the parade outside of New York prior to the film, according to Turner Classic Movies. And although it started in 1924, the event wasn’t nationally broadcasted until 1947, concurrent with the movie’s release. Twentieth Century Fox positioned cameras throughout the parade route and from a third-floor apartment.

Film crews shot during the parade itself — which included an actual cameo of Joan Rivers on a float. Although the crew also had to recreate part of the parade for additional footage.

Elaine gets her boss a gig as a coveted “balloon handler” for the parade.

The gang gets locked out of Monica’s and Rachel’s apartment after watching the parade on the terrace. Watch a clip from the episode above. 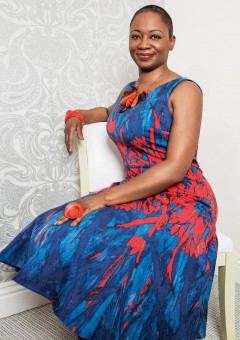