A Plea to Parents of Young Athletes: Simmer Down

Ideas
By Ted Spiker
Ted Spiker is the chair of the department of journalism at the University of Florida and the author of DOWN SIZE: 12 Truths for Turning Pants-Splitting Frustration into Pants-Fitting Success.

Like most parents who watch their kids play sports, I keep an in-brain highlight reel of my favorite moments involving my two boys. Some of them involve skill, but many of them center around effort or teamwork. More and more, though, I also have witnessed incidents that make me wonder why there’s more gamesmanship and less sportsmanship. Just last weekend, I saw the following from other squads: a player-to-ref middle finger, four flags in one game for excessive taunting, and a frustrated fling of a stick into the stands.

Any of us who have been involved in youth sports have our own stories of do-it-the-wrong-way people. In my decade or so of coaching and spectating the half-dozen different sports my boys have played, I’ve seen kids be punks. Coaches be punks. Parents be punks.

I’ve been a punk.

The sad fact is that unless we can slowly change the frantic and entitled culture that’s bubbling on some of our sidelines (I once saw a parent zooming his video camera to focus on a college scout’s notes), we’re going to allow what should be a healthy and educational environment to become a constantly toxic one.

How can we fix it? Ultimately, I think it involves parents having the discipline to keep in perspective what’s really at stake. Not a game, not a scholarship. What we do risk losing is this: A positive experience for our kids. Their memories of what sports taught them and the friendships they built. Our own relationships with our children.

“Being a parent is a performance. Did your presence make your kids two hours better? How? What did you do to make sure that happened? That’s the difference between being a parent and being a fan, yet most parents act more like fans than parents,” sports psychologist and former Division-I athlete Doug Newburg, Ph.D., told me. “What does it mean to care? That’s the issue. We believe that anger and passion and emotion are how we care. The reality is if we care, we focus on what matters. People get emotional because they ‘CARE’ when they should ‘care.’ Softly, without props, as Toni Morrison would say.”

It won’t be a quick or easy change, but if we each do our part, we can slowly bring our youth-sports culture back to where it should be — a place for kids to learn, grow, develop, and [gasp!] have fun.

Some ways that parents can game-plan:

Cheer for the play that helps the play. It’s natural to celebrate the goal, the touchdown, the game-saving catch. Let’s make more effort to cheer for the player who makes the pass or block. Call out to the one who sets the pick. Send an “attaboy” or “attagirl” to the kid who does one tiny thing that—as part of a chain of events—helped make the big play happen. Most importantly, notice those things when other kids do them. If you want your child to understand that life is about collaborating with a team, reinforce it by spreading your praise up and down the roster.

Dial down the emotion. An expert I once interviewed about the subject said that many youth coaches make a mistake by having a rah-rah-get-riled-up persona during the game. They assume it helps get a team motivated to perform well. In actuality, he said, athletes (especially young ones) perform better in a less emotionally charged atmosphere. We parents can take the same advice — cheer and praise with enthusiasm, but with a tone of voice that exudes calmness. Translation: “Oh nice play, Jennifer, way to hustle” trumps “GET TO THE BALL, JENNIFER. GO! GO! GO! YOU GOT IT! MOOOOOOVE IT!” Or as my friend Bill, the father of two elite-level athletes, says, “Watch with compassion, not judgment.”

Ask yourself: What does your kid really want? While you may be eager to give your opinion on what strategy will work, our kids don’t want a constant yammering of tips and tricks from you. More likely, our kids prefer our role on the support staff: We’re chauffeurs, cheerleaders, peanut-butter-sandwich-makers, ice-pack-fetchers, bag-smell-taker-outers. Embrace that role, and use baking powder.

Be unsocial. Most of the parental sideline issues really are an issue about self-control — how we can take an emotional moment (“that was a slash!”) and cool down before reacting like a bloated buffoon. Some researchers would say that the key to doing that is taking ourselves out of a hot state (the time we act on impulse because our emotions are clouding judgment) and go to a cold state (where we act more logically). That’s difficult when games are essentially one prolonged hot state. If you’re prone to outbursts, watch the game away from all the other parents (especially opposing ones), since the pack mentality contributes to a pile-on-the-ref sideline.

Play with, not talk to. If you want to connect with your kid over sports and offer your wisdom about improvement, your contribution shouldn’t come anywhere near game time. Toss the ball, bike while she runs, anything. “Like a buddy, not a coach,” Bill says. “You may find out more about your kids as people and they’re more likely to work on their game if you’re not beating them down.”

Respect the hierarchy. I get that we all think we know better and have the strategy that will help the team. If you want to question the coach, offer advice constructively on non-game days and not in public. Then don’t take offense if the coach says thanks, but no thanks. Want a say in how things are done? Volunteer. Or login to your fantasy football roster.

If he runs his mouth, sit him down. There’s one exception to the above rule. If kids act in a way that demeans or threatens a coach, player, opponent, ref, or fans, and the coach won’t wield punishment, then we have the right — and responsibility — to do so. As a parent once told me, “Either you’re coaching that type of behavior, or you’re allowing it to happen.”

Offer questions, not analysis. After a game, resist the urge to explain ways your child could improve. Just say, “How was the game?” “Did you have fun?” “How’d it go?” Realize this first: If your kids want a break-down analysis of how they played, they’ll ask you for it. Realize this second: They won’t ask you for it.

Now, I believe the motive in most instances of parental craziness is well-meaning. We all want our kids to succeed, to perform well, to experience the joy that we suspect our kids want to feel when they win. Nobody questions the notion that you will and should feel passion about what you’re watching—pride, disappointment, anger about the ref missing an elbow to the face, the whole range that comes from watching our kids compete. But projecting those emotions will contribute to kids losing enjoyment of the game — and ultimately stop playing the game.

What do they want out of playing sports? Do they want to go hard, compete, get better, celebrate good plays with their friends, and not have to hear their parents squawking before, during, or after the game? Do they want us to remember the definition of play?

I’m sure my kids would say yes.

Ted Spiker (@ProfSpiker), the interim chair of journalism at the University of Florida, is the author of DOWN SIZE: 12 Truths for Turning Pants-Splitting Frustration into Pants-Fitting Success. He scored a total of 2 points during his entire eighth-grade basketball season. 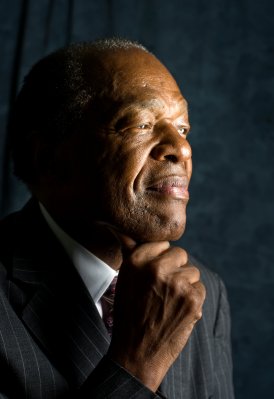 Why We Loved Marion Barry
Next Up: Editor's Pick