Darren Wilson Evidence Photos: What He Looked Like After Killing Michael Brown

The images below show Ferguson, Mo. police officer Darren Wilson shortly after he fatally shot Michael Brown on Aug. 9, 2014. In grand jury testimony, Wilson described Brown as a violent aggressor who made the officer fear for his life. “When I grabbed him,” Wilson said in testimony, “the only way I can describe it is I felt like a five-year-old holding onto Hulk Hogan.”

On Monday, the St. Louis County prosecuting attorney released 38 pictures of Wilson taken after the deadly encounter. The four below offer the clearest view of his injuries. 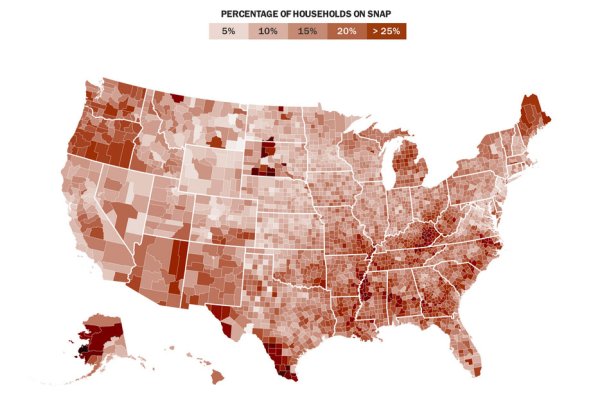 Here Are the American Counties That Struggle Most With Hunger
Next Up: Editor's Pick