Traveling with 41 million people around Thanksgiving is tough, but there’s plenty you can do ahead of time to avoid losing your mind. Below are five steps to take before you even leave for the airport — some of them practical advice about beating the lines and avoiding a mess at the airport, and some of them just involve watching old YouTube videos.

Listen to George Clooney. George Clooney’s frequent-flyer character in Up in the Air delivers a memorable and practical lesson to Anna Kendrick in this Oscar-nominated film. “Never get behind people traveling with infants,” he said. “I’ve never seen a stroller collapse in less than 20 minutes.” Look for people who pack light and won’t hold up the line. If you can, avoid checking your bags — Clooney’s character says that travelers waste 35 minutes per flight waiting for luggage.

Don’t have children. Children require attention and energy. They also cost you extra money and, while they may be tiny humans, they unfortunately cannot be stored in the overhead bins. If you already had children, play the Quiet Game with them. If they’re too old to fall for the Quiet Game, ask them what Taylor Swift would do. Taylor Swift would probably want them to behave. If your children do not care about Taylor Swift, perhaps you should spend Thanksgiving thinking about the job you’re doing as a parent.

Figure out what Thanksgiving foods you can carry on a plane. The TSA wants you to know that they’ve “seen just about everything” when it comes to security checkpoints, so the agency has put together a helpful list of items that can’t go in a carry-on bag. Cranberry sauce, jellies, jams, dips and spreads can’t come through security. Pies can, however, even if they’re gooey inside, though they could be subject to additional screening. (If your pie isn’t gooey inside, make better pie.) Turkeys can also come through the checkpoint either cooked or raw, as long as they’re packed with no more than five pounds of dry ice and aren’t dripping, KSDK reports.

Prepare your entertainment. If you’re looking for movies to a watch as you travel, 22 Jump Street, How to Train Your Dragon 2 and A Most Wanted Man (Philip Seymour Hoffman’s last leading role) recently came out on DVD and Blu-ray. A number of notable movies hit Netflix earlier this month, too, including Snowpiercer, Chelsea Peretti’s delightfully weird comedy special, and the seasonally appropriate Happy Christmas (starring Anna Kendrick). Perceptive travelers may point out that the Wi-Fi on planes, trains and buses doesn’t always support Netflix streaming, but that’s okay — you’ll need something to keep busy after you storm away from the dinner table and lock yourself in your childhood bedroom.

Take some love advice from SNL. Speaking of childhood bedrooms: last year the ladies of Saturday Night Live (plus Jimmy Fallon) delivered an important message — when you bring your significant other home for the holidays, there’s a good chance you may have to “do it on [your] twin bed.” Before traveling, you may be interested in revisiting Lil’ Baby Aidy’s crash course in how to get it on without the weirdness. 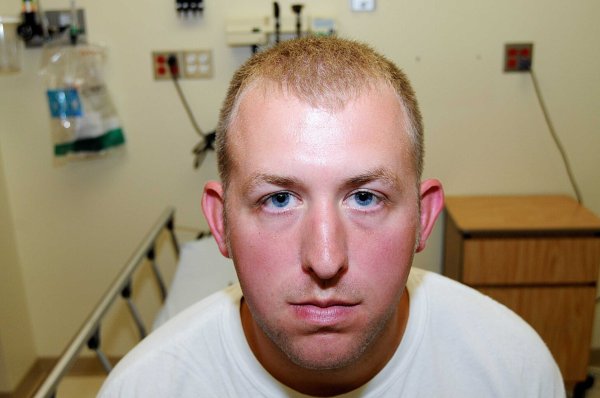 Inside Darren Wilson's Testimony
Next Up: Editor's Pick