Before St. Louis County Prosecuting Attorney Robert McCulloch announced that there was no grand-jury indictment against officer Darren Wilson in the shooting death of Michael Brown, he read his own list of charges–against the Internet and the media.

“The most significant challenge encountered in this investigation,” McCulloch said, “has been the 24 hour news cycle and its insatiable appetite for something, for anything, to talk about, following closely behind with the nonstop rumors on social media.” Some witnesses, McCulloch implied, were giving or changing their testimony to reflect what they’d heard or read in the news and social media rather than what they’d actually witnessed.

Obviously misinformation is a challenge for any criminal investigation, much less a racially charged one that becomes world news. That’s why you have a grand jury process–a lengthy and involved one in this case–to sift through the evidence.

And yes, social media can be where people go to repeat what they want to hear or are already inclined to believe, on all sides. Though McCulloch only cited cases of questionable testimony that were damaging to Wilson, we also earlier saw Wilson’s online defenders spread a report that Brown dealt him an “orbital-blowout eye socket fracture” in the confrontation, which photo evidence released from the grand jury proved false. “Social media,” like any media system, is really just a fancy description for a lot of people connected and communicating. It’s as good or bad as the people themselves are.

But we’re better off having social media, especially in situations like Ferguson’s. When the first round of protests broke out in August, it was through social media that reporters first got out the news of their arrests and tear-gassing by riot police, some of whom ordered the reporters–as well as protesters in the crowds–to “stop videotaping” with cameraphones. After the grand-jury announcement, voluminous records from the investigation went up online, for the hive mind of social media to begin poring over and analyzing.

Of course, one person’s “analyzing” is another person’s “second-guessing.” I suspect part of what’s behind the frustration of people like McCulloch is that social media makes everyone a critic. Thousands and thousands of people are watching over your shoulder to see if you slip up, checking what you missed, judging whether you were thorough enough, questioning your agenda. Good. Having everyone watch you do your job, or not do it, may be a pain, it may be stressful, but in an imperfect justice system, it’s not exactly a bad thing.

[It is also, by the way, not just those on the other side of the police line who can spread confusion in a situation like this. Monday night, a Twitter account for the Saint Louis County Police Department tweeted that police were using smoke, not tear gas, against protesters–even as we watched coughing, choking CNN reporters get hit with the gas on camera. Later the department tweeted that police were in fact using tear gas, though, the account said, they deployed smoke first.]

While McCulloch argued that social media made it harder to get to the truth in Ferguson, it was often social media that first got out the truth on the ground–and that raised questions that reporters on site were not always asking first. If prosecutors and police now have to deal with the public surveilling them on social media, so does that 24-hour news media that McCulloch described. (There was plenty of hostility toward TV on the ground in Ferguson too, with protesters yelling “Fuck CNN!” and “Fuck Fox!” on live air.)

The prying, judging eyes of social media may be a hassle for authorities–for lawyers, for law enforcement and for the media itself. But we’re all better off for it. Before social media, it was the last generation of electronic media that got blasted for showing people what authorities didn’t want them to see, like the attacks on protesters at the 1968 Democratic National Convention, which gave us a phrase–“The whole world is watching!”–that McCulloch himself echoed in his remarks. The citizens of Ferguson, he said, should be “mindful of the fact that the world is watching.” 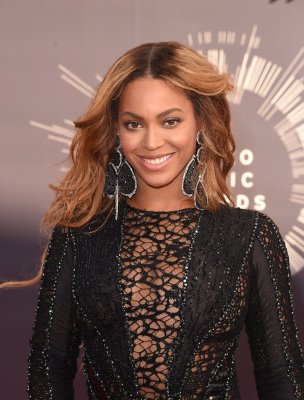 Beyoncé’s Latest Album Is Finally on Spotify
Next Up: Editor's Pick