Amy Poehler’s Old Navy ads may be the rare commercial that has you turn the TV off of mute. She’s played an unprofessional judge, a rude reservationist, a snooty art store critic, and now she’s finally embracing the role she was born to play: A pop diva playing to an auditorium devoid of fans. (Surprise! They’re all at Old Navy’s Black Friday sale!)

In behind-the-scenes footage, Poehler acknowledged that her time as the brand’s face was wrapping up, but said it was all worth it in the service of the ultimate goal: stringing the ads together at the end to blow your mind. “There’s an Easter Egg in each one and it all has a narrative theme if you pay attention. These commercials are like a season of The Wire. And they all make sense at the end,” she jokes. “If you watch these commercials with the soundtrack of Pink Floyd, then it makes sense. In each one of these commercials is an Illuminati reference.”

Also, any resemblance of her Old Navy-loving pop diva to any names you have guessed is purely unintentional. Sot of. “I’m not channeling anyone specific,” she says. “I’m probably a combination of like, Shakira and J.Lo and Madonna and Adam Lambert.”

And as to what you should buy with the million dollars if you win? (The spot, below, will explain it all.) “Three really nice pairs of pants.” Pretty solid advice if you ask us.

Will you miss her ads? How much are you loving this one? 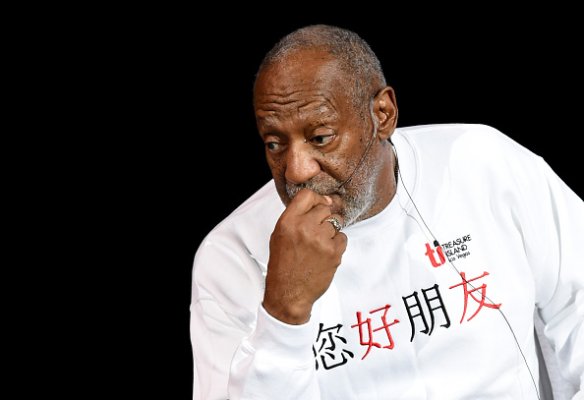 Bill Cosby Biographer Admits 'I Was Wrong' to Ignore Sexual-Assault Allegations
Next Up: Editor's Pick