That’s how long prosecutor Robert McCulloch spoke Monday night before finally announcing what the country had tuned in to find out: the Ferguson grand jury investigating the August shooting of unarmed black teenager Michael Brown by white police officer Darren Wilson had decided not not to indict Wilson.

Viewers were left hanging to his every word—McCulloch uttered 1,315 of them, according to a transcript from C-SPAN—before he finally revealed the grand jury “determined that no probable cause exists to file any charges against Officer Wilson.”

The prosecutor’s lengthy statement began with a message of sympathy for Brown’s family and included a detailed account and defense of the investigation by local and federal authorities, the proceedings of the grand jury, as well as repeated criticism of social media and the 24-hour news cycle. 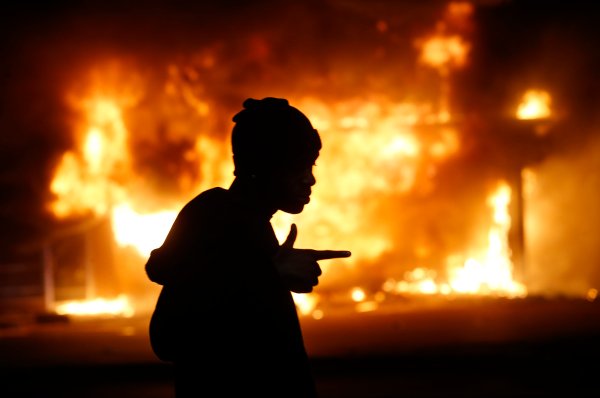 Twitter Reacts To Ferguson Protests
Next Up: Editor's Pick