Ferguson Officer Darren Wilson Thanks Supporters After No Indictment

Ferguson Officer Darren Wilson thanked his supporters Monday night after the announcement that a grand jury decided not to indict him for the fatal shooting of unarmed teenager Michael Brown. A statement issued by Wilson’s lawyers said he “followed his training and followed the law” when he opened fire on the 18-year-old during an Aug. 9 confrontation in the Missouri city.

“We recognize that many people will want to second-guess the grand jury’s decision,” the lawyers said in a statement, according to the St. Louis Post-Dispatch. “We would encourage anyone who wants to express an opinion do so in a respectful and peaceful manner …” 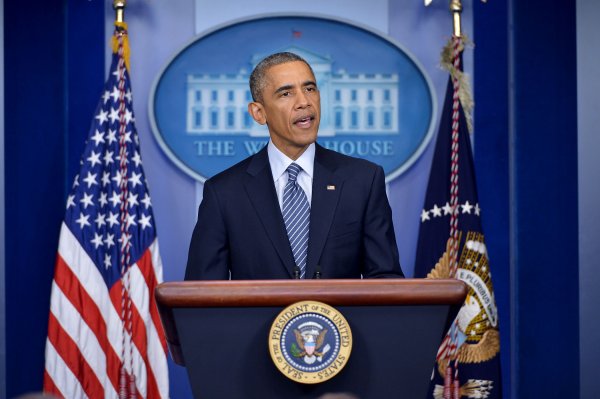 Live: Obama on Ferguson
Next Up: Editor's Pick