Honda Faces a $35 Million Fine for Not Reporting U.S. Injury and Death Claims

A man walks past a Honda model on display at Honda Motor Co. headquarters in Tokyo on April 25, 2014.
Koji Sasahara—AP
By Nolan Feeney

Honda Motor Co. could face a $35 million fine for failing to report more than 1,700 claims of death or serious injuries from the past 11 years, according to a summary of a National Highway Traffic Safety Administration (NHTSA) review.

The company said it under-reported the incidents between July 1, 2003 and June 30, 2014 because of “inadvertent data entry or computer program errors,” Bloomberg News reports.

“The audit identifies difficult facts where we did not meet our obligations,” said Rick Schostek, executive vice president of Honda North America, on a conference call with reporters.

Honda reported only 1,144 serious injury claims during the period. The omissions came to light partly because of recent investigations into air-bag recalls by Takata Corp. Honda said that eight of the unreported cases involved Takata air-bag inflator ruptures and that the NHTSA was aware of them.

A former NHTSA administrator told Bloomberg that Honda will “absolutely” get a $35 million fine, which is the maximum civil penalty for violating the Transportation Recall Enhancement, Accountability and Documentation Act. (Car companies face $7,000 in fines per day per violation.)

The NHTSA audit is ongoing. 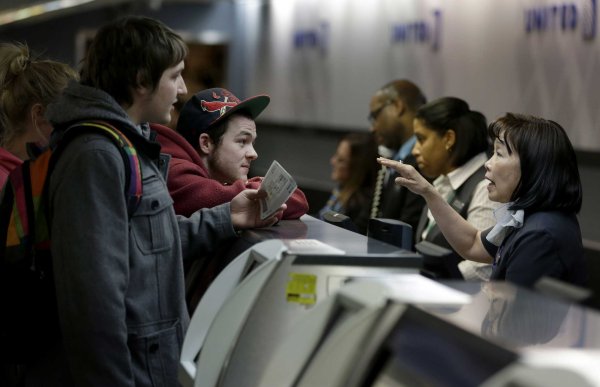 This Is Who Decides Whether Your Flight Takes Off This Week
Next Up: Editor's Pick