Rosa Parks 'Transformed a Nation' on This Day

Rosa Parks being fingerprinted in Montgomery, Ala., in 1956
Underwood Archives / Getty Images
By Lily Rothman

On this day nearly six decades ago, Rosa Parks got on that fateful bus.

As TIME would recount in including Dec. 1, 1955, in its list of days that changed the world, she was on her way to a meeting at her local N.A.A.C.P. about protesting segregation laws when it happened: “she found a seat in the first row of the “colored” section in the back. But after a few stops, the driver ordered her to get up so a white passenger could sit down. Parks refused, and the police were called to take her to jail.” Her ordeal would soon inspire a citywide boycott and a ruling that such segregation was illegal.

When Parks died in 2005, the Rev. Jesse L. Jackson Sr. wrote an appreciation of her life. As Jackson pointed out, the idea that she didn’t move just because she was tired is a myth:

Read the rest of Jackson’s remembrance of Parks, here in the TIME Vault 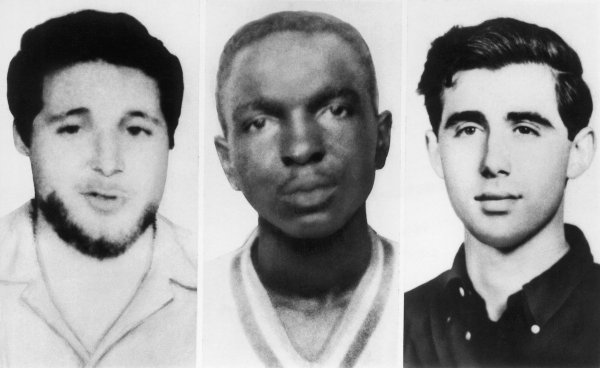 These Slain Civil Rights Workers Are Getting the Presidential Medal of Freedom
Next Up: Editor's Pick