FDR Moved Thanksgiving to Give People More Time to Shop

Thanksgiving had been an official national holiday for decades when, in 1939, Franklin Roosevelt decided to mix things up.

The November calendar that year was an odd one: the month had started on a Wednesday, so there were five Thursdays rather than four Thursdays. Though Thanksgiving had been celebrated on the last Thursday of the month since the time of Lincoln, that August Roosevelt “broke his umptieth [sic] precedent,” in the words of TIME, and declared that he was moving the national Thanksgiving day up a week, the the second-to-last Thursday in the month.

Many people were not happy about the change, as TIME reported the week after it was announced:

Yes, Roosevelt’s Republican rival did just compare FDR to Hitler because of this.

But FDR had a Black Friday-friendly explanation: merchants wanted a holiday that was farther from Christmas, allowing more time to shop. By that fall, 22 states had decided to play along with the change in their official calendars, 23 were sticking with tradition and Mississippi hadn’t decided. (Two states, Texas and Colorado, decided to observe both holidays.) The President stuck with the change the following year, declaring Nov. 21 to be the official Thanksgiving Day for 1940.

The following year, however, TIME’s headline on the topic was “President Admits Mistake”:

It was, by then, too late to change 1941’s calendars, on which the old-new Thanksgiving date (the third Thursday) had already been printed. And in Maine, things were even more extreme: “Now that President Roosevelt has gone back to the old Thanksgiving,” TIME reported, “Republican Governor Sumner Sewall has proclaimed the new Thanksgiving for the first time.”

By the end of 1941, Roosevelt had signed a bill officially sticking Thanksgiving on the fourth Thursday of November, whether or not it was the last Thursday of the month. His attempt to give Americans a longer holiday season had proved futile — but, as anyone at a mall this Friday could attest, his instinct about the nation’s desire to get shopping wasn’t entirely misguided. 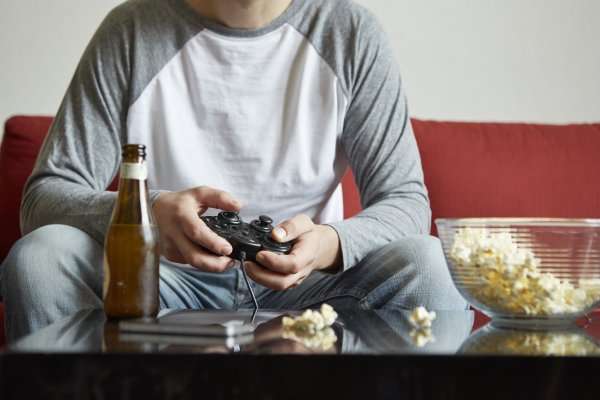 Many Young Americans Are Happy Not To Work
Next Up: Editor's Pick