How Smartphones Could Evolve Into Something Totally Different

One of the more interesting comparisons of computer speeds often checks the computing power aboard NASA’s Apollo moon missions to the computing power in your smartphones. Indeed, The Daily Grate actually compared how much more powerful your phone is compared to the computer that tracked all the Apollo missions and flew grown men through the narrowest event windows while guiding a tin can in the infinite reaches of space — the Apollo computer had 1 MHz of processing speed, your iPhone 5s sports 1.3GHz in two cores.

I’m not sure if the Apollo crew actually understood how underpowered their computers were, but thankfully they didn’t ask the question, and came back in one piece. However, the idea that we have this kind of computing power in our pocket could make smartphones the most important computing device we have, eventually powering all kinds of personal computing products.

About 23 years ago, I wrote a paper on what I called back then a “vision for modular computing.” I’ve traveled a great deal in my career, and in the early days, I lugged portable computers that looked like singer sewing machines. Once clamshell-style laptops came out, I started carrying them instead — but they weighed 6-9 lbs. and had short battery lives. But I envisioned — or actually longed for — a time when I could just carry a small modular computing core with me, plugging it into a TV in my hotel room or fitting it into a screen and keyboard on the flip side of an airplane seat tray.

I wanted the full power of a personal computer in a small device that could connect into all types of stationary devices. Now I know I was describing then what smartphones have become today, although they have the screen and keyboards built in as part of their design.

But that might not be the endgame for smartphones. In one of the more interesting products on the market this year, Asus has created something that embodies part of that original vision I had for modular computing. The Asus PadFone X is a unique product that includes a smartphone which slides into and powers a 7-inch tablet. The idea here is that all of the computing power is based in the smartphone, while the tablet simply mirrors what’s on the smartphone. However, if you undock the phone from the tablet, the tablet does nothing — all you get is a blank screen. The PadFone costs $199 without a contract and works with AT&T’s prepaid program.

The PadFone’s idea to put the computing power in the smartphone and using it to power a tablet is quite interesting and very much modular in design. I’m hearing another angle on this in the works in China, wherein you’d take a smartphone and pop it into a laptop clamshell design, using the smartphone as the core processor mirroring the device’s operating system and apps on a 12-inch laptop screen with a full keyboard. Motorola had a product like this a few years back called the Atrix Smartphone with LapDock. The Atrix never took off because 2011’s smartphones weren’t powerful enough to deliver on the idea, among other reasons. But the concept of using a smartphone docked to a laptop shell is now being tossed around design shops in Asia, and we could see new versions of the idea sometime next year.

The smartphone-based modular computer has plenty of potential, and what Asus delivers with the PadFone could just be scratching the surface. It would not surprise me if someday my original modular computing vision finally plays itself out in ways that make the smartphone the center of our computing experience and it becomes docked into tablets, laptops and desktops that powers our future computing experiences. 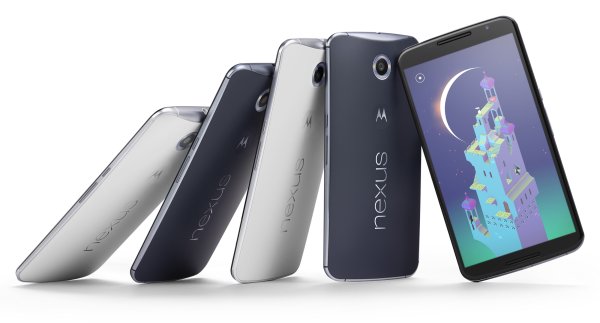