Star Wars: The Force Awakens Trailer to Debut This Weekend

The trailer for the new Star Wars movie is coming soon, but you won’t get to watch it from your computer screen while munching on Thanksgiving leftovers — you’ll have to actually get out of the house and pay money to see it.

This Friday, the 88-second trailer for J.J. Abrams’ Episode VII will debut before movies playing at 30 different theaters across the country, according to Lucasfilm. While The Verge points out that the choice to show in a few select cities around the U.S. won’t reach the same audience as an online trailer would, Thanksgiving weekend is established as a huge weekend for moviegoers. 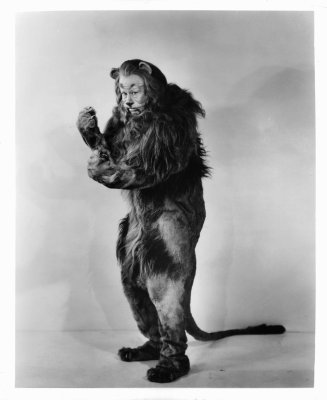 The Original Cowardly Lion Costume from The Wizard of Oz Is Up for Auction
Next Up: Editor's Pick