Environmentalist Hugs a Tree by Marrying It

A Peruvian man known for his environmentalism redefined the term “tree hugger” when he married a tree at a national park in Bogotá, Columbia on Sunday.

Richard Torres symbolically married the tree as a way to promote caring for trees in Columbia, and in an effort to encourage the rebels of the Revolutionary Armed Forces of Colombia to plant trees instead of inciting war, according to the Associated Press.

While Torres’ nuptials seem to have been intended more as an awareness-raising campaign, it is not unheard of for people to commit to spending the rest of their lives with a non-human or object. The 2008 documentary Married to the Eiffel Tower follow a number of people, mostly women, who claim to have long-term relationships with large objects.

This is reportedly Torres’ second time symbolically marrying a tree. 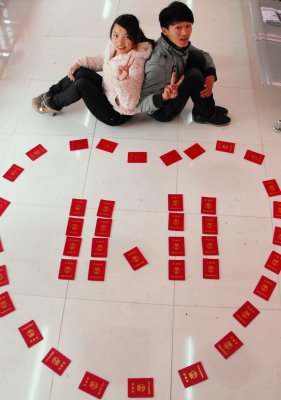 How China's Singles' Day Holiday Sold Out
Next Up: Editor's Pick