NASA scientists say that deep water shrimp, thriving in scorching hot water devoid of sunlight, could offer clues to how alien lifeforms might survive on a distant planet.

The tiny shrimp cluster around thermal vents, which are submerged 7,500 feet below the ocean’s surface and spew scorching hot water at temperatures reaching 750 degrees Fahrenheit. The blind shrimp can move within an inch of the hot water by using thermal receptors in the backs of their heads, and feed on hydrogen sulfide, a chemical that is normally toxic to organisms, but can be converted into energy with the help of specialized bacteria in the shrimp’s mouth and gills.

“It’s a remarkable symbiotic system,” says Max Coleman, senior research scientist at NASA’s Jet Propulsion Laboratory. “You go along the ocean bottom and there’s nothing, effectively, and then suddenly we get these hydrothermal vents and a massive ecosystem. It’s just literally teeming with life.”

Scientists believe the shrimp offer proof of how an organism might survive on an inhospitable planet, such as Europa, an icy moon orbiting Jupiter. Astronomers have found evidence of an ocean beneath the planet’s surface. With the right amount of thermal energy, researchers say, it too may be teeming with life. 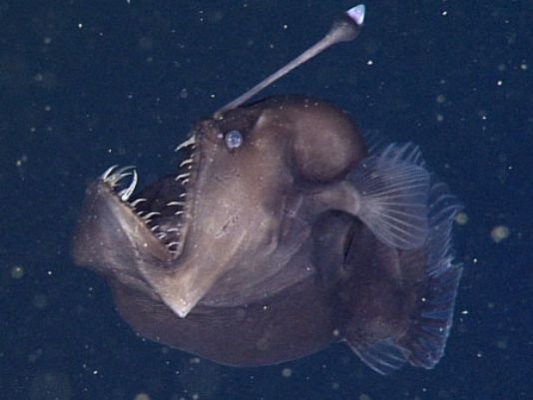