New York officials warn that the record-breaking amount of snow that has been blanketing the western parts of the state might wreak more havoc, as warmer weather threatens to inundate the area with water.

With temperatures set to hit the high 40s this week, the National Weather Service issued flood warnings on Sunday for several counties. Creeks have reportedly started to swell as the seven feet of snow that overwhelmed the region begins to melt.

Gov. Andrew Cuomo said state officials had been activated over the weekend to prepare for potential flooding.

“With the possibility of flooding in areas already hit hard by major snowfall over the past few days, we have launched a massive deployment of emergency personnel and resources to western New York,” he said.

Cuomo said more than 500 National Guard members had been mobilized, while hundreds of water pumps and thousands of sandbags were in place to help combat any deluge. 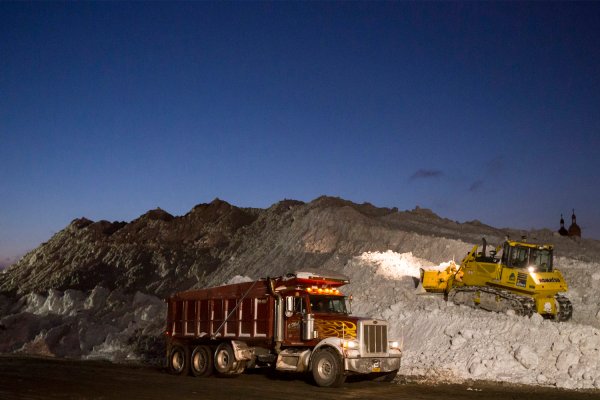 Forecasters Warn of Rain in N.Y.
Next Up: Editor's Pick