In this photo taken through tinted glass, Rurik George Caton Jutting, a 29-year-old British banker, sits in a prison bus arriving at a court in Hong Kong on Nov. 10, 2014
Vincent Yu—AP
By Elizabeth Barber

A young British banker accused of murdering two young Indonesian women in his Hong Kong apartment, leaving the body of one of them to rot in a suitcase for days, is psychologically fit to stand trial.

A judge said in a Hong Kong court on Monday that a report, based on two weeks of psychiatric testing, had cleared the way for judicial proceedings against Rurik George Caton Jutting, 29.

Judge Bina Chainrai also accepted the prosecution’s request to adjourn the case until July 6 to allow 28 weeks for the DNA testing of some 200 pieces of evidence. The defense had no objection to the adjournment.

Jutting, dressed in the same “New York” T-shirt he has worn on his previous court appearances, stood with his hands folded, index finger twitching, as he watched the proceedings. Jutting has not entered a plea in the case and will not do so until at least his next court appearance in almost eight months’ time. He is being held without bail in a Hong Kong jail.

Prosecutors contend that Jutting, a Cambridge graduate and former Bank of America Merrill Lynch employee, murdered Seneng Mujiasih, 28, also known as Jesse Lorena, and Sumarti Ningsih, 23, on different days in his apartment in Hong Kong Island’s gaudy Wan Chai district. Both women had left Indonesia for Hong Kong to earn more than they could back home, in hopes of supporting their families and bettering themselves upon their return.

The case has fascinated an affluent city that is both unused to violent crime and to seeing the lives of its thousands of poor temporary foreign workers, like Sumarti and Seneng, thrown into such stark relief. 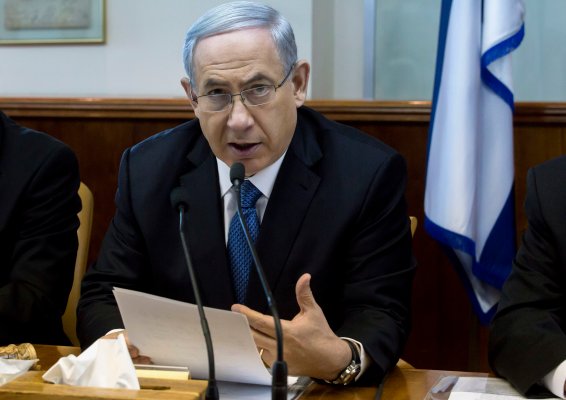 Israel Advances Bill to Define as Jewish State
Next Up: Editor's Pick