Lisa Bonet arrives at the 6th Annual Hamilton Behind the Camera Awards at House of Blues Sunset Strip in West Hollywood on Oct. 28, 2012
Gabriel Olsen—FilmMagic
By People

On Sunday, the blogosphere went into overdrive when a tweet attributed to Lisa Bonet seemed aimed at Bill Cosby.

Only one problem: it was all a hoax.

“Lisa Bonet has no social media of any kind,” her manager tells PEOPLE. “Any posts made in her name were made by impersonators with unverified accounts. She also has no comment on the ongoing story.”

“According to the karma of past actions, one’s destiny unfolds, even though everyone wants to be so lucky,” read the tweet, which was posted on an account using Bonet’s name. “Nothing stays in the dark 4ever!”

Many falsely took that as Bonet — who played Cosby’s daughter Denise on The Cosby Show from 1989 to 1992 — addressing the numerous sexual-assault allegations against the 77-year-old comedian. (The actor has denied the claims through his lawyer.)

Bonet isn’t the only member of the Huxtable family to speak out. Raven-Symoné (who played Cosby’s stepgranddaughter Olivia on the show) took to social media last week to deny rumors that she was one of his victims.

“I was NOT taking advantage of by Mr. Cosby when I was on the Cosby Show!” she posted on her Instagram. “I was practically a baby on that show and this is truly a disgusting rumor that I want no part of! Everyone on that show treated me with nothing but kindness. Now keep me out of this!” 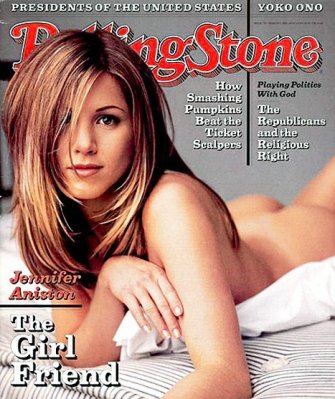 Jennifer Aniston on Kim Kardashian's Butt Photo: I Was the Original
Next Up: Editor's Pick