The First Free Tunisian Election Is Heading Toward a Runoff

A Tunisian citizen casts her vote at a polling station during the Tunisian presidential election on Nov. 23, 2014, in Fouchana, suburb of Tunis
Nicolas Fauque—Images des Tunisie/Sipa USA/AP
By Per Liljas

Neither of the two main candidates is likely to win an outright majority in the first free Tunisian presidential election, with a runoff likely.

Former Prime Minister Beji Caid Essebsi appears to be in front for the Dec. 28 second round, after receiving between 42% and 47% of the vote according to two private exit polls, the New York Times reports.

His opponent, interim President Moncef Marzouki, won between 29% to 32% of the vote.

Tunisia comes out of two disorderly years governed by an Islamist-led coalition, of which Marzouki’s party was a part.

The electoral commission said voting participation was 60%, reports the Associated Press. Official results are expected in the coming days. 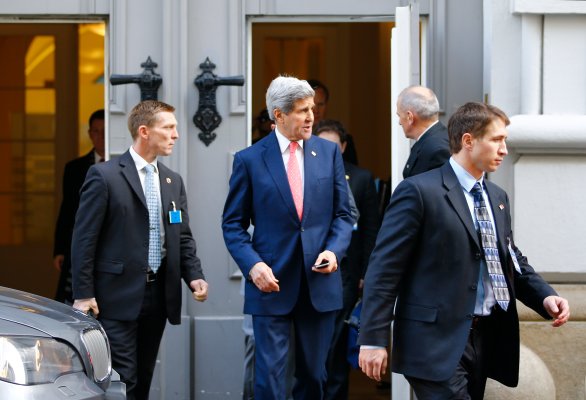 Deal or No Deal?
Next Up: Editor's Pick