Artists who prove themselves adaptable or resilient become particularly beloved because they represent a suspension of mortality, creative or otherwise. People hope and wait for signs of life — for a few more transcendent Aretha performances on a covers record, for a surprise release from David Bowie, for sparks at a secret Prince show — and look to their heroes for the vitality they want to sustain in their own lives. So when Mary J. Blige — the Queen of Hip-Hop Soul, and an institution for over two decades — made some surprising creative decisions at the start of this year, you could feel ears around the world pricking up.

It’s not as if Blige has slowed or disappeared in recent years; from 1997 to 2011, she released a new collection of original material every two years like clockwork, and has put together a Christmas album and a soundtrack album (for Think Like a Man Too) in the last year or so alone. But her recent projects have seemed explicitly designed to appeal to her base — namely adult black women, the kind who have followed her through personal turmoil and tremendous success since the halcyon days of What’s the 411? and My Life. The Think Like a Man Too soundtrack was her worst performing release ever by nearly an order of magnitude, and her most recent original full-length, 2011’s My Life II… The Journey Continues (Act 1) failed to spin off any sort of lingering hit, despite the best efforts of collaborators like Drake and Rick Ross. Mary was still doing Mary — weaving wrenching tales and delivering honest truths about love and loss, joy and pain, struggle and survival, all framed by classic soul — but it was a less and less valid mainstream proposition.

It seems overblown to say that everything changed in January of this year, but everything changed: when Blige joined UK dance-pop sensation Disclosure live in New York City to perform their song “F for You,” and subsequently released a studio version of that collaboration, it revealed an alternative path forward for her. Why fight to rejoin the mainstream when you can skip it entirely and become part of the vanguard once again? She came alive on “F for You,” recast as a spark plug superdiva taking a flame to Disclosure’s glossy, skittering garage (the British dance subgenre, not the structure). When she popped up again a few months later to perform “Stay With Me” with nascent pop-soul star Sam Smith at the Apollo Theatre, an exciting but isolated partnership began to look more like the start of a trend. And then, in September, an announcement: Blige’s next studio album would be The London Sessions, a collection made with the help of the UK’s finest young hitmakers and veteran American producer Rodney Jerkins, a.k.a. Darkchild.

It’s hard to overstate just how savvy, and inspired, this decision was for Blige. British pop exports have ruled the charts this year, from Disclosure’s slow burning single “Latch” and Smith’s handful of huge hits to mid-tier efforts from artists like Naughty Boy and Clean Bandit; by aligning herself with these artists, she’s sipping from a pop fountain of youth and subverting everyone’s expectations of what a Mary J. Blige record can sound like in 2014. Beyond that, the artists she’s chosen to work with revere her — something she makes clear throughout The London Sessions by including spoken clips of testaments to her relatability, her talent, her legacy — and know how to best frame her voice, whether in familiar or surprising new contexts. The result is a record that somehow straddles the line between a comforting, casual experience and a foray into uncharted, dynamic terrain.

There are tracks on The London Sessions, like “Doubt” and “Not Loving You,” that aren’t much of a departure from the music Blige has been making for two decades: confessional, sung with power and depth, and built to cultivate a connection with the listener. They are, perhaps, a little more spare, and inclined towards a clean, cool sound rather than oppressive warmth. In their finest moments, like on standout “Whole Damn Year,” they bear the weight of experience with grace and wisdom. Blige understands the time it’s going to take to heal properly because she’s had to do it before, and where a younger singer would wilt at the idea of a year out of the game she accepts it, serene.

And yet the album’s most exciting and lingering tracks are the ones where Blige cedes control and morphs into one of the world’s most skilled dance vocalists, putting her agility and power to work within the tighter confines of a sturdy pulse and a web of synths and samples. Disclosure collaborations “Right Now” and “Follow” are sleek and stunning, busy yet still soulful; on “My Loving,” she inhabits a ‘90s house track that could’ve ruled the radio alongside her own singles two decades ago. These would be fine songs even if performed by someone with half of Blige’s chops, but the pleasure and surprise that springs from hearing her subvert expectations and try something new elevates them to another level entirely. And while it’s tough to predict Blige’s next step given this hairpin turn, The London Sessions is proof positive that she’s still a creative force with great instincts. 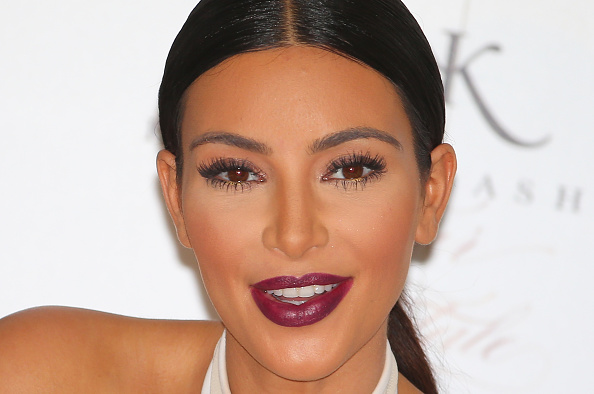