Daniel Handler, also known as the children’s author Lemony Snicket of A Series of Unfortunate Events fame, added a financial pledge to his apology for making a “watermelon joke” about a black author at the National Book Awards.

The author apologized Wednesday for telling a racially-charged anecdote at the National Book Awards while presenting the award for Young People’s Literature to Jacqueline Woodson the previous day. At the event, he said,

Handler was widely criticized for blemishing the award with the racist crack, but he promptly apologized on Twitter the following day. And on Thursday, he announced he was pledging $10,000 to an online fund to diversify children’s literature, and would match contributors’ money for 24 hours up to $100,000.

The campaign on Indiegogo, which has been running since October 23, has raised a total of $165,669 as of Saturday.

Observers on Twitter praised Handler’s follow-up to his remarks, according to tweets culled by the Washington Post. 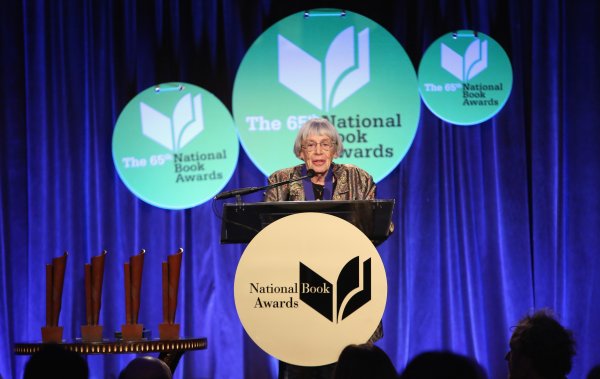